TRNC: repatriation flights, they will come empty and go full

Minister Atakan said that the flights in question in the press will be repatriation flights.

Atakan said that THY announced that it would not start its international flights until 10 June and talked about the repatriation flights.

Atakan stated that the said flights, which will take place on 1 June, will carry TSK soldiers who have been discharged from duty.

Atakan stated that on 3 June, one plane will repatriation of Pakistani nationals, and one plane is planned for Turkmenistan nationals, but it is not clear when.

Stating that the work is continuing for the TRNC citizens coming from the UK, Atakan said, “We continue our studies for 4 or 5 June.” 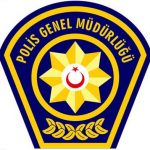 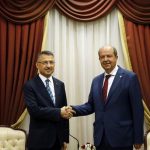 Spokesperson for Coupist Hafter: “Libya will be like TRNC”