South Cyprus Transport Ministry has extended the ban on flights by 11 days through a new decree on Tuesday to cover the interim period from May 29 when the current ban expires until June 9 when flights are due to resume as part of Cyprus’ easing of the Coronavirus-prompted national alert.

Cyprus Airways became the first airline to announce a summer flight schedule starting June 9 in line with the government’s preliminary announcement on which destinations are included in its new air travel policy on the basis of their epidemiological situation.

Meanwhile, deputy tourism minister Savvas Perdios has said that more countries will be added to the list soon, mentioning that protocols for hotels – due to reopen on June 1 – will also be announced sometime this week. 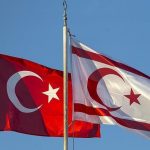