Özersay: We want to open the Checkpoints without losing so much effort

Deputy Prime Minister and Minister of Foreign Affairs Kudret Özersay said that the Turkish Cypriot people during the pandemic closed their shops and made a serious sacrifice.

Özersay said, “We are in favor of opening the transition Checkpoints as soon as possible, we want to open the Checkpoints without resetting so much effort and sacrifice”.

Özersay, who clarified the questions about opening the Checkpoints on BRT, continued his by saying as follows:

“Under normal conditions, nobody wants the Checkpoints to be closed. We, as the government, want to open them as soon as possible, but it is important for us to find a way to open border crossings without compromising public health. The Greek side talks about June 8. But the critical issue here is this; Greek Cypriot side, When will they arrive in a position similar to the Turkish Cypriot situation? If positive cases continue to arise on the Greek side, the risk will be high. ”

Deputy Prime Minister Özersay said that he was consulted at the meeting with President Mustafa Akıncı, that information was shared as a government and they were considering the Greek Cypriot transition proposal. Özersay evaluated the current situation with the following words:

“As of yesterday, the Greek Cypriot side announced that the two sides agreed on this issue. However, if the decision to take measures in terms of health, immigration and security is restricted through the Checkpoints, a different way is not possible when opening.

The Southern Cyprus administration made a proposal to open border gates for people in 5 categories on 8 June.

We also have to sit down and make an assessment.

We must evaluate under what conditions, what steps, when and how we will take our own measures.

It is the Council of Ministers that will make the evaluation here.

There is a need for the views of the Minister of Health on this matter.

Constitutional responsibility lies with the Ministry of Health, the health committee is not a constitutional institution, but an ad hoc unit ”.

“We should not ignore the warnings of the World Health Organization”

We will ensure the arrival of our citizens living in TRNC for whatever reason they have gone from 1 June.

We will also allow people who do not have citizens but reside here to come in a not so distant date. No matter who comes, there is a 14-day central quarantine process. We should not ignore the warnings of the World Health Organization. ”

Kudret Özersay stated that after discussing the Turkish Cypriots in Pile for a while, they made a decision in the Council of Ministers and that they were preparing to make a new opening on 1 June.

Özersay used the following statements: “We authorized the Ministry of Health to facilitate the transition of citizens in Pile to the North.

He will have to make a personal commitment that he will not cross to the South, PCR in the first pass and this will need to be checked. It will be easier for Turkish Cypriots whose family is in the North. The commitment of the citizen in Pile will be controlled by the mechanism to be created. ”

Kudret Özersay stated that the regulation on military service by fee was discussed in the Council of Ministers and agreed on 3 points.

Özersay said: “The issue of paid military service is a matter that we will come to the Council of Ministers as a proposal and refer it to the Parliament as it requires a change in the military law.

One of the issues agreed upon is an amnesty for those who have gone abroad before 2015, fled, and lost their rights.

These people will be able to pay a certain amount of money and be included in the military exemption. If the article related to this amnesty comes into force, it will be possible for those who have fled for various reasons and cannot enter the country to come to the country.

Secondly, within the scope of paid military service, This is the regulation regarding whether our citizens, including PhD students, pay a certain amount of money or not.

Thirdly, it is an arrangement for those who have entered the scope of military service by pay and have only made 15 days and not the other 15 days. They will be discharged without paying money for the remaining 15 days. ” 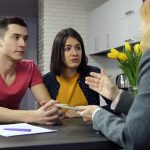 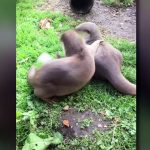 Is This Why Otters Juggle Rocks in the Air?

Bars are closed until October 1st