Deputy Minister of Tourism Savvas Perdios said on Friday that Cyprus will add more countries to the preliminary list of 19  with which air connections will be restored in June.

Earlier, Transport Minister Yiannis Karousos had announced that Cyprus will re-open its airports in two stages. Stage one will be from June 9 to 19. The second stage will start on June 20, he said.  There are two groups of countries with different rules regarding arrivals.

Speaking to CNA, Perdios said other countries were also being evaluated in addition to those included in the two categories A and B.

The new announcements are expected as early as the beginning of next week. The decisions are based purely on epidemiological criteria and would be announced gradually as the epidemiologists need time to assess the situation.

Category A is made up of Greece, Malta, Bulgaria, Norway, Austria, Finland, Slovenia, Hungary, Israel, Denmark, Germany, Slovakia and Lithuania. In category B are Switzerland, Poland, Romania, Croatia and Estonia and Czech Republic.

The deputy minister estimated that the first tourists will come to Cyprus by the end of June or at the beginning of July. He also said that countries like Germany, Israel and Greece are expected to be ready for travel by the end of June.

Protocols for hotels to be announced next week

Regarding the protocols for hotels to restart in the post COVID-19 period, he said that they’re expected to be issued by the Ministry of Health next week, after the Deputy Ministry of Tourism submitted its final thoughts.

Perdios said that the protocols would most probably concern the need to keep distances between the tourist who do not belong to the same group or family in the common areas, increased hygiene and special attention to the cleaning of the rooms.

If a hotel resident falls sick with COVID-19 symptoms, he/she will be transferred to the hospital and his close contacts will go to hotels which will function as quarantine places. The purpose, he said, is not to close an entire hotel if someone falls ill.

Final decisions on the issue are expected next week.

Perdios expressed satisfaction with the fact that the goals for the opening of the destination are achieved and that Cyprus is one of the first countries in the Mediterranean to show good epidemiological results, something that caused the satisfaction of the tourist partners of Cyprus abroad.

In the coming weeks, he said, the Deputy Ministry will focus on promoting the country abroad, following the “Better days are coming” campaign, with online actions and interviews with foreign media.

Perdios said that the Deputy Foreign Minister’s goal was to  attract 30% of last year’s tourism, as Cyprus’ main markets, Britain, Russia and Sweden, are still not ready to open. 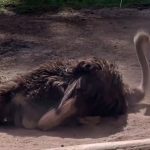 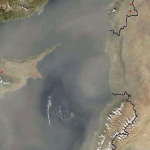 From dust to storms this weekend