A three-stage plan being formulated to permit TRNC citizens to re-enter the TRNC in June, Minister of Public Works and Transportation Tolga Atakan, has said.

Minister Atakan stated that in the first stage, from 1 June, TRNC citizens residing in North Cyprus will be permitted to return from abroad.

He added that everyone entering the country will have to remain in quarantine for 14 days. Atakan stated that citizens who have gone abroad for health purposes can now enter the country by sea after receiving the approval of the Ministry of Health, and that they have been sent to hospital, home quarantine or quarantine centres according to their situation.

Atakan said, “In the second stage, TRNC citizens who do not have residence in our country will be admitted to the country. In the third stage, the people who are in our country for work, study or residential purposes, who are not our citizens but whose living arrangements are here will be permitted to enter the TRNC. There is no time scale for the second and third stages yet. We are currently planning for the first stage; how many citizens we have, where the arrivals will be quarantined. We need to know clearly how many of our citizens will come in order to make arrangements.”

No Scheduled Flights on 28 May

Minister Atakan, responding to the claims that some airlines have begun selling tickets and even gave the date of May 28, said that as of today, there is no clear structure and date regarding scheduled flights nor how and when scheduled flights will resume:

“I can say that it will not happen on 28 May. Several different alternatives are being studied. There is intensive work with the European Union, airline companies, international carriers, health and transportation authorities. There are different issues discussed now. Let me give an example; one view is that flights can be operated, leaving some seats empty. However, airline companies say that this is a system that cannot be applied both in terms of economy and health security.”

The minister added that the health authorities are advising restriction at the airports, Atakan added:

“It is important how to manage the check-in for a flight that will carry 118 or 120 people, how these people will enter the airport at the same time according to the social distance rule, how they will go through security checks. These issues are currently being discussed in Europe and the world. Topics such as airport management, flight process, and health harmonization among countries come to the fore. The use of a passport-like digital health document is being discussed, but a structure is needed in which all party countries can access this data. This data will include the Covid-19 test information for the passenger. Because it is not an efficient system to say that we should make a test even if the plane arrives. We need infrastructure for this.

“You do not have the opportunity to wait for a passenger at the airport for 6-7 hours until the test results come. I do not think that any airline will make scheduled flights before these are concluded. The claims that scheduled flights will begin at the beginning of June do not reflect the facts. The course of the pandemic should be evaluated by considering the possibilities such as ‘Is there a second wave, is there a risk of spreading the virus?’”. 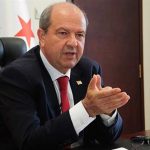 Tatar: “The EU’s attitude is an indicator of lack of vision and lawlessness” 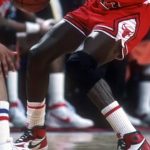 Original Air Jordan Sneakers Are a Slam Dunk, Sell For 4 Times the Expected Price at Auction