Turkey on Thursday defended its decision to deny overflight clearance to a plane carrying medical aid to the Greek Cypriot Administration (GCA).

“In line with our established policy regarding the Greek Cypriot Administration, permissions for overflights through Turkish airspace are not granted to GCA-registered aircraft or aircraft transporting cargo to and from the GCA,” Foreign Ministry spokesperson Hami Aksoy said in a statement.

Aksoy noted that as long as an application is submitted, overflight clearances are granted to ambulance aircraft transporting patients, evacuation flights or aircraft carrying medical supplies as an exception with humanitarian considerations.

He added that aircraft requesting permission for technical or emergency landings are also included among the exceptions, irrelevant of their registration.

Referring to the news carried by some media outlets that an aircraft transporting medical supplies from the People’s Republic of China (PRC) to the GCA was denied overflight clearance, he said:

“Under these circumstances, the aircraft was denied permission to enter Turkish airspace as per the standard restrictions regarding flights involving the GCA. In any event, a reasonable period of time to allow for any coordination of exceptional permission was not accorded.”

He said if they had submitted an application for overflight permission for the flight in question in a timely manner, it could have been possible to grant an exception with humanitarian considerations.

“As a matter of fact, clearance for such flights has been granted before, insomuch as allowing the landing of GCA-registered aircraft at airports in Turkey,” he said.

“The failure to submit a timely application for overflight and the subsequent abuse of the humanitarian attitude of Turkey by the GCA, despite being fully aware of regular practice, is a manifestation of its efforts to exploit certain issues for a political agenda, contrary to the interests of its own people.” 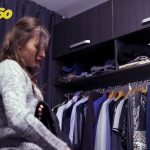 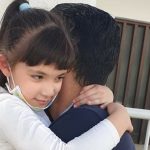