President of the United Nations (UN) Secretary General Antonio Guterres expressed his satisfaction with the support and solidarity of President Akıncı in his call for a global ceasefire to co-fight against the COVID-19 threat.

The Secretary General stated that he was encouraged by the positive reactions he received, and that everyone could and should do more in the fight against COVID-19.

According to the information given by the Presidency, the Secretary-General Guterres sent a letter to President Akıncı and stated that the epidemic also threatened the protection of international peace and security, and that the Secretary General conveyed his thoughts to the UN Security Council.

It was noted that for those who were disproportionately affected by the conflict and more vulnerable to the epidemic, the Secretary General was concerned, so it was everyone’s common responsibility to protect civilians, especially women, children, and pushed groups.

The Secretary General underlined that the global call was not only aimed at reaching the ceasefire in areas with active conflict, but also the goal of encouraging parties with long-standing disputes to resolve their differences immediately.

Guterres noted that in order to combat the epidemic, it is necessary for the parties to resolve their disputes because the epidemic can only be successfully tackled in cooperation.

In this context, the Secretary General stated that he has given all his Special Representatives the task to help produce concrete actions based on this call, and to create the environment necessary to combat the COVID-19 outbreak more effectively and in coordination.

In this crisis, Guterres expressed his satisfaction that President Mustafa Akıncı was in contact with the Greek leader Nikos Anastasiades and agreed to cooperate and share information in the fight against the epidemic.

In the letter, Guterres underscored the need for initiatives in cooperation, dialogue and coordination to overcome the problems caused by the island-wide, that the Bi-Communal Health Technical Committee is the main communication channel in the health crisis, but President Akıncı and Greek leader Anastasiadis COVID- He encouraged other Bi-communal Technical Committees to strengthen to contribute to the wider struggle with 19.

The Secretary General also stressed that he encouraged President Akıncı and the Greek leader Anastasiadis to find additional ways for trust and trust between the two communities, and stressed that as soon as the health situation on the island has stabilized, he expects a joint agreement in the arrangements for the re-opening of the gates.

The letter noted that in all these matters, the Secretary General encouraged leaders to work closely with Elizabeth Spehar’s Special Representative.

The Secretary General stressed that he knew that he was also in contact with his Special Representative Spehar for financial and technical support to the Turkish Cypriot community, emphasizing that he noted down the request for support and that the UN would continue to consider possible options to provide support. 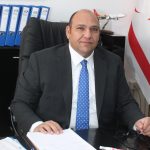 TRNC: Atakan: Flights will not start on 28 May 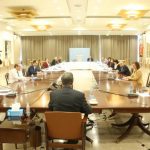