‘Game-changing’ coronavirus antibody test could be key to lifting lockdown 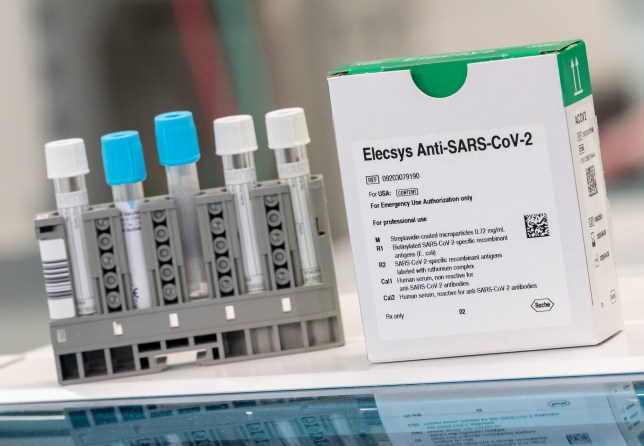 A test to tell whether someone has ever had Covid-19 is 100% accurate, health leaders have said.

The blood test checks for antibodies to help determine if a patient has been exposed to the virus, even if they never developed symptoms.

Their detection could help experts gauge how far the infection has spread and indicate how many may have gained immunity against the disease.

Prime Minister Boris Johnson previously called antibody testing a ‘game-changer’ as any reliable test may help speed up measures to ease the lockdown because people could return to work confident they are not likely to get it again.

Public Health England (PHE) said last week scientific experts at its Porton Down facility had carried out an independent evaluation of a new antibody blood test developed by a Swiss pharmaceutical company.

The examination found Roche’s serology test was ‘highly specific’ and had an accuracy of 100%.

This means there are no false positives, so nobody is identified as having the antibodies who does not.

Professor John Newton, national coordinator of the UK Coronavirus Testing Programme, said although it was still unclear to what extent the presence of antibodies indicated immunity to Covid-19, it was a ‘very positive development’.

He added: ‘We were confident that good quality antibody tests would become available when they were needed. ‘Last week, scientific experts at PHE Porton Down carried out an independent evaluation of the new Roche Sars-CoV-2 serology assay in record time, concluding that it is a highly specific assay with specificity of 100%.

‘This is a very positive development because such a highly specific antibody test is a very reliable marker of past infection.

‘This in turn may indicate some immunity to future infection although the extent to which the presence of antibodies indicates immunity remains unclear.’

Mr Johnson said in March: ‘The great thing about having a test to see whether you’ve had it enough, is suddenly a green light goes on above your head and you can go back to work safe and confident in the knowledge that you are most unlikely to get it again.

‘So for an economic point of view, from a social point of view, it really could be a game-changer.’ A Department of Health and Social Care spokeswoman said: ‘We are exploring the use of antibody testing across the NHS and ultimately the wider public. ‘We are delighted that devices are progressing through validation, and are actively working on our plans for rolling out antibody testing and will make announcements in due course.’

Health Secretary Matt Hancock last week said the UK was in talks with Roche about a ‘very large-scale roll-out’ of coronavirus antibody testing.

The findings come as Dr Mike Ryan, executive director of the WHO’s health emergencies programme, told the FT’s Global Boardroom digital conference no-one could predict when the disease would disappear.

He said: ‘We have a new virus entering the human population for the first time, and therefore it is very hard to predict when we will prevail over it. ‘And it is important to put this on the table – this virus may become just another endemic virus in our communities.

And this virus may never go away. ‘HIV has not gone away, we’ve come to terms with the virus and we have found the therapies and we found the prevention methods, and people don’t feel as scared as they did before and we’re offering long healthy life to people with HIV.’ MORE: CORONAVIRUS Care homes ‘neglected for too long’ during coronavirus outbreak,

NHS chief says Britain’s oldest hairdresser, 90, can’t wait to cut people’s hair again Summer holidays to be ‘reinvented’ with no buffets and temperature checks at airports Mr Johnson will chair Cabinet on Thursday, the day after grim economic figures were released and some lockdown restrictions in England were relaxed.

After the data showed the economy shrank by 5.8% in March, Bank of England governor Andrew Bailey warned Britain was in a sharp slide to recession.

He told ITV’s Peston: ‘Well, I think it tends to confirm that we’ve got a very sharp move into recession and it was quite sudden, which is obviously what we’ve all observed from the shutting down of the economy so, to be frank, we’re not really surprised by that number at all.’ 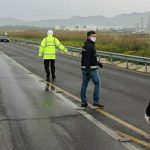 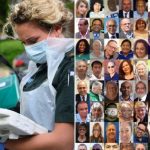