South Cyprus: Airport action plan to be submitted next week

A  road map to gradually reopen the airports is being drawn up and will be submitted to cabinet next week but no decision has been taken yet, Transport Minister Yiannis Karousos told CNA on Tuesday.

The gradual resumption of flights envisioned in stage 3 of the government’s lockdown exit strategy from June 9 — but in stages and under conditions.

The minister’s remarks came hours after a member of the team of scientists advising the government on the coronavirus outbreak Maria Koliou told CNA that the team was working on an airport action plan.

Karousos said the drafting of the plan has started, with officials in search of the golden mean.

“The point is to start flights in an effective and productive way for the economy, without affecting public health,” he said.

The steering committee made up of the permanent secretaries of ministries of transport, finance, and interior and of the deputy minister of tourism and experts from the epidemiological team representing the health ministry and the director of civil aviation is drafting a working document which will be submitted to cabinet next week so that the gradual easing of restrictions on flight can start.

This plan of action includes the time plan and the various phases for the resumption of flights and the countries with which air connectivity will be restored.

There will also be provisions regarding the trip with measures for airports and the changes to infrastructure that will be needed.

Also covered will be entry requirements, such as whether a coronavirus test will be required before boarding or on arrival, and provisions as to how full a plane will be.

The opening of flights, he clarified, will be gradual.

Since March 21, a total of 6,947 Greek Cypriots and residents have been repatriated and repatriations continue.

In the next few days flights will be carried out from France, Netherlands, and Denmark. Repatriations will continue as long as there are no commercial flights. 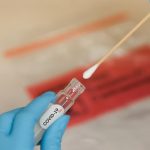 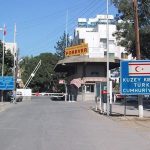 South Cyprus: Opening the Checkpoints is not on the agenda