The Minister of Education of the South Cyprus, who stated that it is not possible to open the passage gates at the moment, said he has nothing to do for the Turkish Cypriots studying in the south.

Prodromos Prodromou, Minister of Education of the South Cyprus, announced that the gates between South Cyprus and North Cyprus will be opened simultaneously with the airports. 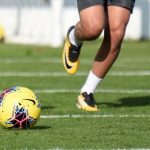 Mainly fine, temperatures to gradually edge up by Saturday