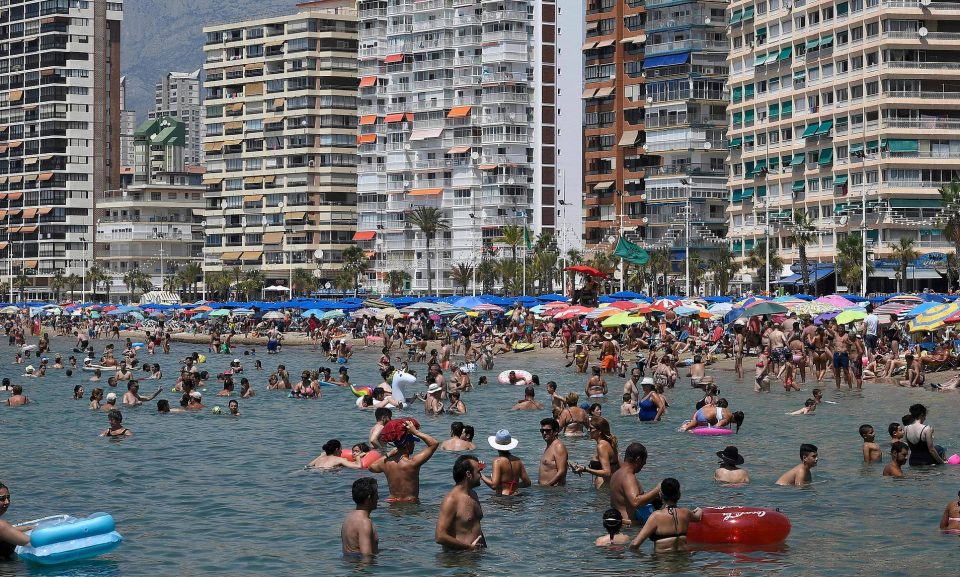 Britons could miss out on summer holidays to the continent as European countries prepare to agree when travel will be possible and which nations to bypass.

The UK’s position has been hammered after its coronavirus death toll (29,876) soared past Italy‘s yesterday to become the worst in Europe. The EU has closed cross-border travel to prevent the spread of the virus until mid-May, with some exceptions in place.

However, formal and informal allegiances have already been struck up between those countries which feel they have the virus under control. Germany and Italy have begun to ease their lockdowns and today said their citizens should be able to enjoy summer holidays.

Meanwhile a global alliance between Australia, Austria, Israel, the Czech Republic, Denmark, Greece, and New Zealand, has been forged among the nations who have best kept a lid on the disease. 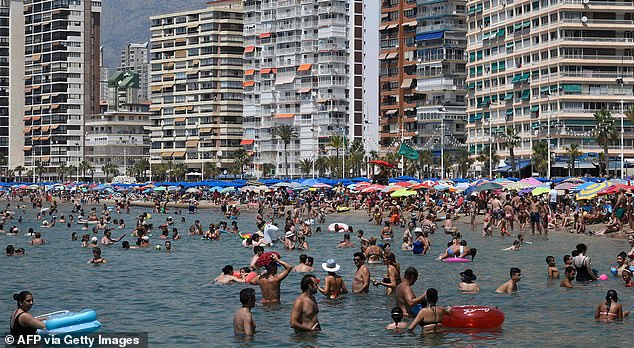 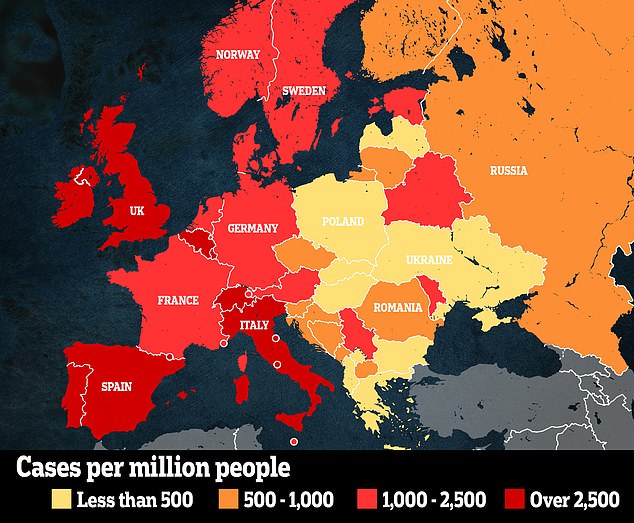 This map shows Europe’s East-West divide on coronavirus, with countries in Western Europe suffering far more cases per million people than those in the east which generally closed their borders at a much earlier stage of the outbreak

Despite Berlin warning against these unilateral actions by EU members and a ‘race’ to open up for the summer, the German tourism commissioner sounded highly optimistic of doing just that today.

Latvia, Lithuania and Estonia will open their borders to each others’ citizens from May 15, creating a Baltic ‘travel bubble’ within the EU, their prime ministers said on Wednesday.

The Baltic travel area would be first of its kind in the bloc, where most countries restricted entry to non-nationals and imposed quarantine on incoming travellers as the novel coronavirus spread across the continent.

‘We have agreed that all three Baltic states have properly contained the spread of the coronavirus, and we trust each others’ health systems,’ Lithuania’s Prime Minister Saulius Skvernlis wrote on Facebook.

‘So, starting from May 15, we are removing all restrictions for citizens of Lithuania, Latvia and Estonia traveling between the Baltic states.’

People entering the region from other countries will need to self-isolate for 14 days, he added.

The European Commission has recommended that internal border controls between all member states should be lifted in a coordinated manner, once their virus situation converges sufficiently, the commission’s office in Lithuania said.

Thomas Bareiss told Der Tagesspiegel sojourns in neighbouring countries ‘that can be reached by car,’ like Austria, France, Poland, Belgium and the Netherlands would be possible.

Bareiss said if the virus was kept under control then things could move faster, adding: ‘I would not yet write off other regions in Europe, such as the Balearic Islands or the Greek islands.’

Bareiss added: ‘I hope that, given the good numbers, we will be able to relax the (travel) restrictions in the next four to eight weeks.’

Last month Spain’s Balearic Island’s tourism minister Iago Negueruela singled out Britain for its response to the virus and suggested it had handicapped its chances of summer holidays.

Negueruela said: ‘There are countries like the United Kingdom that have taken too long to adopt containment measures. That also puts us in a different situation with respect to them.’

However, he did not elaborate on how the islands would enforce a system whereby only tourists from certain nations would be allowed to return for holidays.

On Tuesday, Francina Armengol, President of the Balearic Islands, specifically mentioned the Germans as ‘essential’ to tourism on the islands of Majorca and Ibiza.

Her latest statement is in marked contrast to a month ago when she urged the Spanish government to keep the ports and airports closed until whenever was necessary.

Armengol has now asked Madrid and the EU to set up a ‘homogeneous framework across the continent to guarantee the safe recovery of air activity.’

Speaking to CyBC state radio last month he said: ‘The important thing is that travel agents have Cyprus in mind…there are positive signs from Germany, Switzerland, Austria, the Nordic countries, Greece, Israel and perhaps the Netherlands.’

Asked about the key tourism markets of the UK and Russia, Perdios replied: ‘We hope to know in a few weeks when tourists will be able to come from these countries.’ 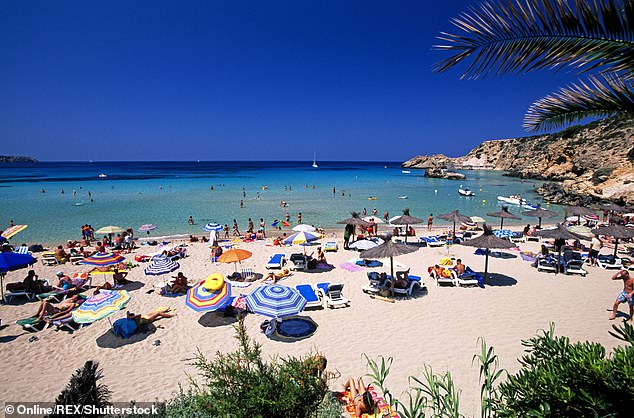 President of Spain’s Balearic Islands Francina Armengol specifically mentioned the Germans as ‘essential’ to tourism on the islands of Majorca and Ibiza on Tuesday (file photo of Cala Tarida, Ibiza) 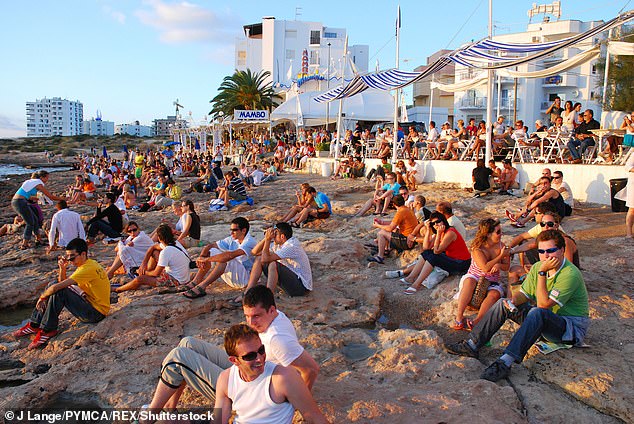 And Greek tourism minister Haris Theocharis told the BBC of plans to reopen the country to visitors. First by road, which ‘will be safer initially than flying and we’ll see that kind of tourism earlier.’

However, Britain remains under lockdown and the government is urging people to take ‘stay-cations’ until it is safe to travel.

French President Emmanuel Macron also sounded cautious yesterday saying it was ‘too soon to say whether we can take holidays,’ adding it ought to be clear by the start of next month. 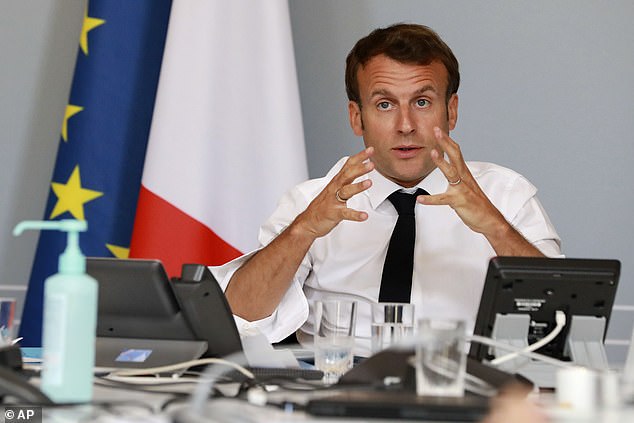 French President Emmanuel Macron also sounded cautious yesterday saying it was ‘too soon to say whether we can take holidays,’ adding it ought to be clear by the start of next month

‘What I can say is that we will limit major international travel, even during the summer. We will stay among Europeans and, depending on how the epidemic evolves, we might have to reduce that a little more.’ Macron said.

A new debate began this week after the president said that when lockdown easing begins on May 11, tourists arriving from ‘the European Union, the Schengen zone or Britain, regardless of their nationality,’ would no longer face a 14-day quarantine.

Most member states have adopted a 14-day quarantine for those arriving in their borders, including their own citizens.

According to the EU Commission such measures are permissible on public health grounds as long as they are ‘proportionate and non-discriminatory.’

DEATHS IN THE UK COMPARED TO COUNTRIES WHICH IMPOSED TRAVEL BANS 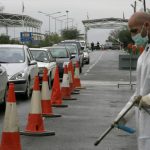 UK Skateboarders ‘Board’ at Home, Compete in House-Bound Skateboard Competition!