Education Minister Prodromos Prodromou announced on Thursday the details for those final year pupils in public lyceums and technical schools as well as final year pupils of private schools who will return to classrooms on May 11.

He said the return to school of final year pupils affects 5635 youth in public schools and 1483 in private.

“Our priority is to adhere to protocols to ensure the health of the children and educators and to smoothly complete the year for final year pupils. Our goal is for the Apolyterion of this generation to be fully reliable,” the Minister said.

Prodromou said that for the pupils going back to school on May 11 there will be a maximum of 12 pupils per classroom and on the first day of their return, they will be informed of the protocol to be followed for Coronavirus in their school, which will also be communicated to their parents / guardians.

He also advised pupils and parents to inform their school’s management if a pupil belongs to a vulnerable group so that the school can make special arrangements for them as they will be unable to go back to school.

For those students not returning to school, remote learning will continue.

Decisions for the remaining children will be announced in the coming days, Prodromou said.

“Public schools, primary schools and kindergartens will reopen as soon as possible. It’s likely that some classes of primary school will be transferred to different schools to keep the number of pupils per classroom small. Private learning institutes, dance schools and other programmes will also be able to open soon,” he added.

On students who need to attend university workshops in Greece, Prodromou said that as there is a flight ban in place, they will need to contact the Education Ministry for special arrangements. 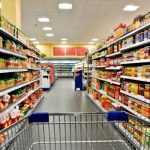