Tatar: “Measures will continue, both internally and externally opening will be gradual”

Prime Minister Ersin Tatar said that the epidemic was under control in line with the reports that scientists presented to him, however, as they stated, they would never be compromised, measures would continue, and it would be step by step, both internally and externally.

Upon asking for the opinion of the President about his term of office, Prime Minister Ersin Tatar said:

“The constitution says, ‘The presidential election is every 5 years’. The mission ends there. The election was postponed until 11 October because it was an extraordinary situation, and there was no cure, and it was decided that the President should continue his duty. However, our Secretary-General Ersan Saner made a correct determination. The President should go soon after that. ” 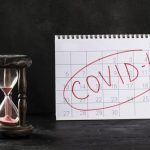 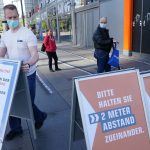 Akıncı: “This behaviour which does not match EU values is an unacceptable approach”