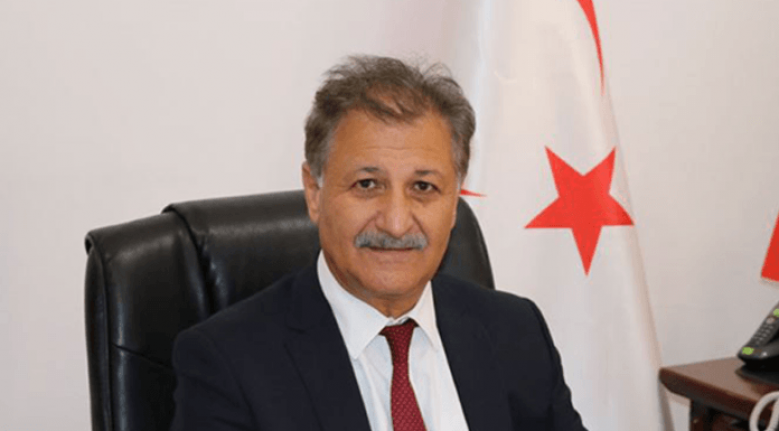 TRNC Health Minister Ali Pilli stated that the absence of a new cases of coronavirus (Covid-19) in the TRNC over the past 10 days does not mean that the outbreak has ended and that we should work harder after that.

Pilli noted that since the first incident in Wuhan, China in December 2019, they approached the outbreak seriously and started to take strict measures.

Pilli said that they convened the High Contagious Diseases High Committee on January 24, 26 and 28 and evaluated the measures to be taken and said that they predicted that this would be an epidemic.

Pilli said, “We took all our precautions in January before Covid-19 was declared a pandemic by the World Health Organization (WHO).

At first, we informed our Citizens. We put thermal cameras at Ercan Airport and seaports. We trained and strengthened our staff there. ” said.

The first case in TRNC was seen in a German tourist on 10 March, Pilli stated that after the test result of the German tourist was positive, they quarantined the hotel where the accompanying tourist group stayed and the two hotels where other tourists stayed.

Pilli stated that they have taken serious measures from the first case and continued as follows:

“On March 14, with the decision of the Council of Ministers, we put all the people who came in from the outside into home quarantine and kept a total of 3,848 people under house isolation. We received their contact information and constantly asked them from our call centers to ask their status. If they had any problems, they called our call centers. ”

Pilli stated that, according to the decision taken by the Council of Ministers on 18 March, they placed everyone from abroad in dormitories and hotels under state supervision.

They were constantly Monitored. We kept them in quarantine for 14 days and we did the tests at the end of this period.

We took the positive ones to the quarantine centers. We also suggested that those who had negative tests to stay in their quarantine for another week. ” .

Pointing out that the best thing they did in this process was cutting off access to citizens, Pilli said that they had established a good system in the fight against the epidemic and determined that staff had contact with him when a case occurred.

Pilli said, “I would like to thank our doctors, healthcare staff and everyone who contributed. We kept the People in isolation for 14 days, even if they were negative. ” said.

Pilli said that they started screening students and active employees were screened and that had a cough and fever.

Cases with fever and cough are treated in these polyclinics, Pilli emphasized that they also performed PCR tests on all incoming cases.

Minister Pilli said, “There are no positive Covid-19 cases in the TRNC for 10 days.

Stating that 4 patients have lost their lives to date, Pilli said, “There have been no positive cases in the TRNC for the past 10 days, but this does not mean that the cases have ended in the TRNC.

Reminding that scientists pointed out that almost 50 percent of the cases do not show symptoms, Pilli said that there are definitely cases that do not show any symptoms in TRNC.

Pilli stated that they do not say that Covid-19 is completely over. “We will work harder to carry this momentum we have gained further. We will continue our efforts to prevent the virus from infecting our people. ” said.

“WE EXPLAINED EVERYTHING FROM THE FIRST DAY TODAY WITH TRANSPARENCY”

Minister Pilli stated that the tests are continuing and they are trying to find hidden cases. We clearly explained the number of tests and other figures. ”.

Pilli said that he worked to provide the best service to the Turkish Cypriot people during this process and that he could not sleep even at night.

“Since March 10, when the first case occurred, I started living away from my family,” Pilli said that he normally lives in Güzelyurt, but that he now lives in a house in Nicosia and carries out his work here.

Minister Pilli “motherland Turkey, as in all matters, in our struggle with Covid-19 was on our side. I would like to extend my endless thanks to President Recep Tayyip Erdoğan and Health Minister Fahrettin Koca. Turkey has helped us with whatever we needed. I extend my greetings to the people of Turkey. ” said.
Turkey also stressed that given a successful fight against Covid-19 Virus, he conveyed his thanks to the endless health workers there. 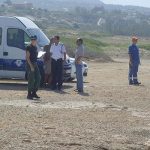 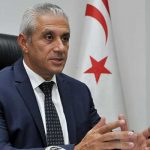 Akar: ‘We won’t allow any decision against the rights of Turkey and the Turkish Cypriots’

South Cyprus: No more quarantine for Cypriots returning from abroad, if negative-Monday start