Greek Cypriot and Greek travel agents will submit a joint proposal to the governments of the two countries to ‘exchange’ tourists as soon as conditions allow.

According to the Cyprus News Agency, the Association of Cyprus Travel Agents (ACTA) and their Greek counterparts HATTA held a teleconference last Friday during which they agreed to submit a joint proposal to the respective governments to create a new tourism dogma.

The idea is for the two countries to be considered a single area so that tourists from one country can visit the other as soon as conditions permit and given that both South Cyprus and Greece have been successful in containing the coronavirus outbreak.

The new scheme will be contingent on the South Cyprus government opening the airports.

The move was welcomed by the Cyprus-Greece business association which said the two countries can cover part of their tourism losses if they offer generous incentives to citizens to visit the other country in the summer.

The association also reiterated its proposal for joint tourism packages that this year can be offered to countries with a lower number of coronavirus cases and with the taking of the necessary precautions.

It said it will continue to cooperate with the deputy minister of tourism and the Greece’s Tourism Organisation and contribute as much as it can to close tourism cooperation and a ferry link between the two countries. 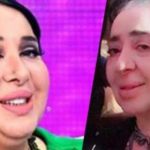