TRNC Deputy Prime Minister and Minister of Foreign Affairs Kudret Özersay announced that they have extended the restriction on the entry of United Nations soldiers, personnel, European Union (EU) employees and foreign diplomats to the TRNC by one more week.

The statement made by Özersay on his social media account is as follows:

“Last week, we stopped the entry of United Nations soldiers and other staff, as well as EU employees and foreign diplomats, for a week (with special exempted transitions in the context of combating epidemic). We extended the restriction on the entry of these persons to our country for another week and we informed them diplomatically.

On the other hand, in order to meet the needs of soldiers and other personnel in the two UN military camps in the TRNC, we will allow our police escort and two separate convoys to bring food directly to these camps. for the knowledge of the public. ” 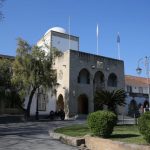 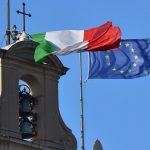