Turkish police on Saturday handed out bread to people confined due to curfew as a measure to fight the coronavirus outbreak.

On social media, users posted pictures of police officers handing out bread to people in 31 of Turkey’s 81 provinces — 63 million people of Turkey’s population of 82 million — amid a two-day curfew that went into effect Friday at midnight.

The group was set up by the Interior Ministry on March 22 to help senior citizens over 65 and those in need, particularly those who live alone or with chronic ailments, as they face the greatest risk from coronavirus.

The move came to curb the spread of the novel coronavirus, which has killed 1,101 people in Turkey. As of Saturday, Turkey has seen a total of 52,167 cases in the country.

Earlier in the day, the Interior Ministry said the vast majority of the public in the provinces under curfew had followed the lockdown rules. 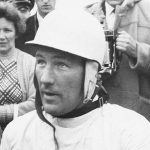 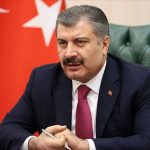