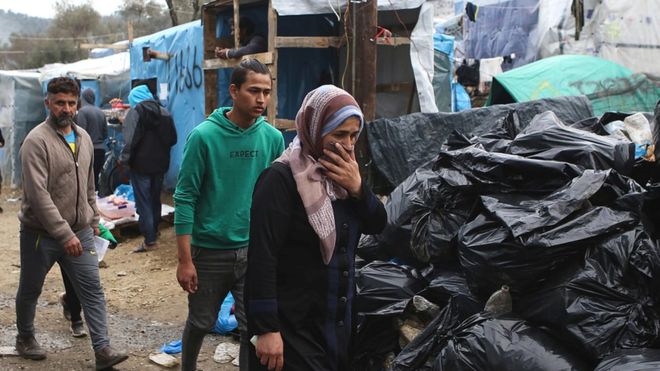 EU Home Affairs Commissioner Ylva Johansson announced the scheme in Athens on Thursday. It was agreed with the Greek government.

She said it was temporary – open for one month only – and only for migrants who arrived before 1 January.

She said 5,000 migrants would be eligible for the “voluntary return”.

This month, hundreds of migrants and refugees have reached Greek islands near Turkey by boat, increasing the pressure on struggling reception centres. The camps on those islands already have nearly 42,000 asylum seekers, though they were designed for about 6,000.

Aid agency Medecins Sans Frontieres (MSF), which is working on the islands, says more than 14,000 of the migrants are children.

“Men, women and children are living in horrific conditions in these overcrowded centres, in constant fear and with very basic access to services like toilets, showers, electricity,” Stephan Oberreit, MSF head of mission in Greece, told the BBC.

“Our teams in the clinic opposite Moria camp receive around 70 children per day, including children suffering from chronic illnesses, for which we are not able to provide proper care.”

Ms Johansson said seven EU member states had agreed to take in at least 1,600 unaccompanied children from the camps, seen as especially vulnerable.

Many of the migrants are Syrians fleeing the civil war, but there are also Afghans, Pakistanis and West Africans. It is not clear how many would qualify for refugee status.

Aid agencies consider Syria too dangerous for migrants to be sent back there, but some other countries of origin, such as Pakistan, are considered safe enough.

Greece has temporarily suspended its processing of new asylum applications – a move condemned by aid groups.

He said the situation had remained very bad since 2016, when Turkey signed a deal with the EU to halt a much larger flow of migrants into Europe. 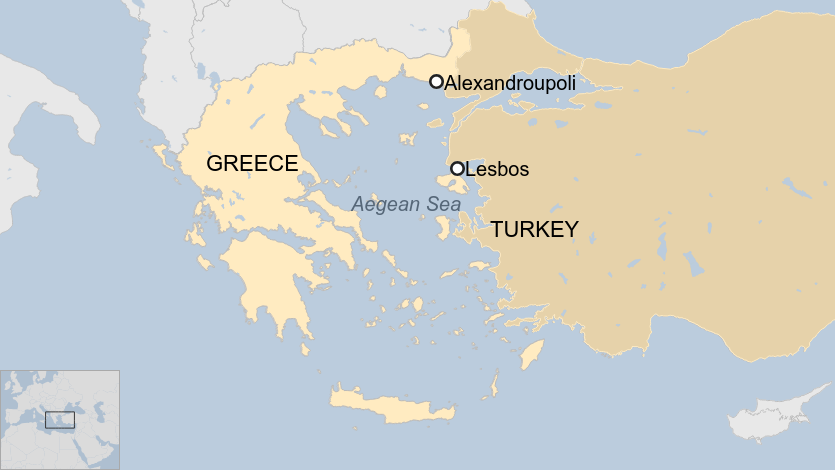 The latest surge in numbers at the Greek border came after Turkey announced that it would no longer stop them trying to enter Greece. Turkey, which is hosting 3.7 million Syrian refugees already, accuses the EU of not doing enough to help.

“People in need of safety have been turned into political bargaining chips,” Mr Oel told the BBC.

“The EU partners have to share responsibility for those arriving; it means states should relocate refugees to their own countries and do the asylum procedure there. They must agree on permanent rules.”

However, he welcomed the EU announcement on relocating unaccompanied children as “a good first step”.

Ms Johansson said repatriation of migrants from the islands would be coordinated with the UN’s International Organization for Migration (IOM) and the EU border force Frontex.

The situation is also acute on the Greece-Turkey land border, where Greek police have used tear gas and water cannon to keep migrants out. 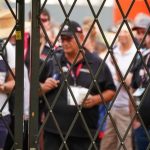 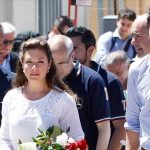