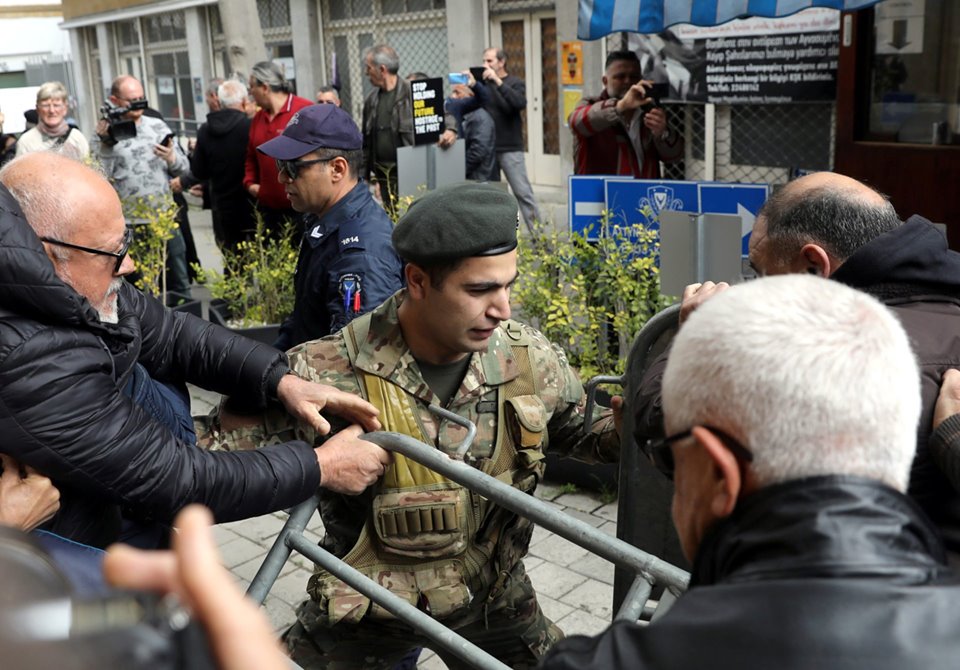 What an absolute mess. A few hours around a Saturday lunchtime at the checkpoint of shame between the divide at the end of Ledra Street in Nicosia caused more damage than good for all the hard work that peace activists have been working so hard for over the decades. According to the demonstrators and organisers they said it was ‘a huge success’, they broke through the police barriers and ‘opened the checkpoint’. It strengthened their win – ‘the people have spoken – we will not allow Anastasiades to tell us what we can or cannot do, they cannot keep us apart!’ 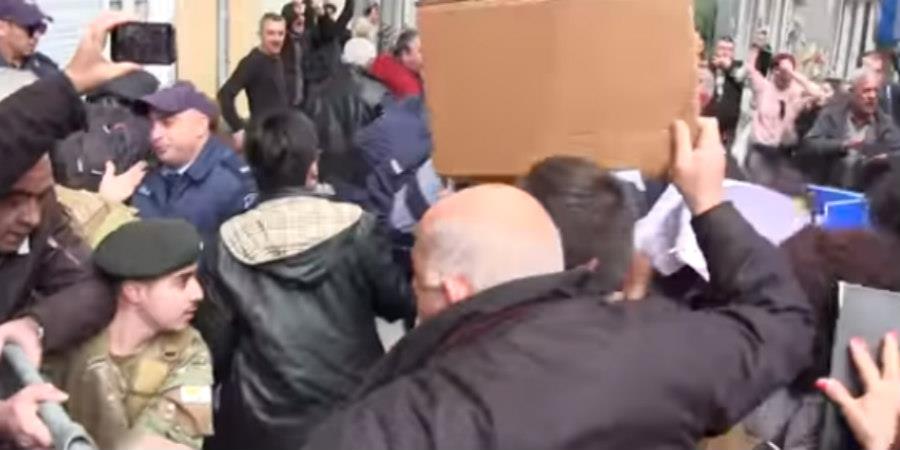 The media of course were the first to be blamed for the video of the young soldier who was pushed by one of the demonstrators. The police, the army second. ‘The soldier kicked the demonstrator first and then he retaliated by pushing him. It was okay in the end as they shook hands and he apologised.’ Oh come on. It was like a fight in the playground, the only difference was that it was a middle aged man who is well known for having a short fuse and a soldier young enough to be his grandson or son at the very least! 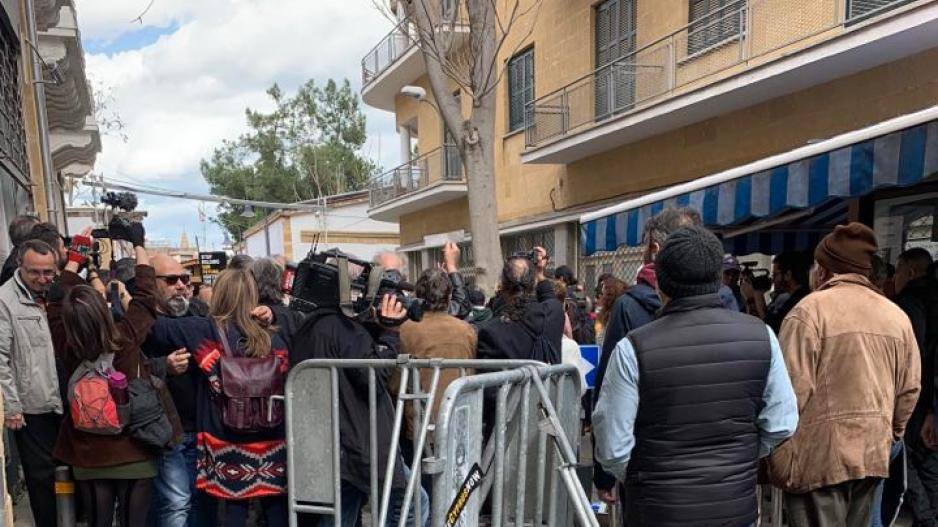 Looking around at the crowd there were mainly the usual suspects and a few young kids thrown in for good measure. Anybody with half a brain would have understood from the onset that it was a very carefully planned strategy to embarrass the Peace Movement. With all those educated peace lovers in their midst, why did they not speak and think ahead of what might happen? Why not think outside of the box instead of acting like lamb to the slaughter? Why all of a sudden decide to act like grassroots and take to the streets?

Questions, questions, questions. Who will be able to answer? Let’s take this slowly. Anastasiades and Co. decide to close 4 checkpoints for a week to delay the Corona virus coming to the south as there are ‘too many Iranians’ in the north. Really?? Did anybody cross the checkpoints on Friday when we were supposed to have health checks? Here is what happened:

Policeman (a mask hanging from his ears but not covering his mouth) : ‘Have any of you in the car been to China, Japan or Italy recently?’

Policeman: ‘Okay, you can go.’

Friday night, some peace activists arrive at the end of Ledra Street holding homemade placards, I counted 10. Plans were put into motion for Saturday lunchtime. This was when one felt the proverbial ‘calm before the storm’. Common sense was ringing loud and clear, it is too easy, it felt like a trap. A well thought out plan. Like a herd of sheep, let us get them to the Ledra Street checkpoint. Put up barriers, they will push, tempers will run high, SURELY there will be an incident and BINGO, news for the media, it is the perfect plan! ELAMs greatest wish will come true!

Saturday lunchtime. Showtime. They sat back and listened to the slogans. They smiled as the crowds got bigger. The same tired faces who have attended every single one of these demonstrations believing that ‘this is it, we are going to prove to the world that peace can be achieved!’ The Unite Cyprus Now crowd, not more than a Facebook Page now, scattered here and there. Like a timebomb waiting to explode…they waited. And then it came.

Pushing the metal barriers with all their strength, the police against the demonstrators in place, it was action! TV cameras, photographers, mobile phones at the ready. They were not disappointed. One of the demonstrators DARED to attack a young soldier. How perfect!!!!! This was exactly what they wanted, the perfect photo-shoot. It went viral within minutes. All the ELAM lovers, the facists, the doom merchants calling for the man’s head on a silver platter. War was declared. In the other camp, a university lecturer immediately posted a policeman attacking him. It was bad. The university lecturer declaring he will take the policeman to court. Chief of Police notified about the attack on the soldier, arrest warrant issued. The policeman who attacked the lecturer? Nothing. The demonstrators had taken the bait and it had turned into the trap that was so obvious. A few speeches, more chanting yet on social media people were asking for the demonstrator’s blood, reading through them was frightening. Two versions of what happened next. One – he was handcuffed and arrested by the police. Two – he went to the police voluntarily to give a statement of his version of events. Social media now on fire. Naming and shaming the demonstrator – the crowds after his blood. One and one made five – his wife was even brought into the picture – ‘she was one of the Unite Cyprus Now people that Hajiioannou sent to Crans Montana, they are only after funding and money’. It got ugly. Yet it could have been avoided.

After a few hours in the Buffer Zone, people went home and took to social media. It did not let up, getting nastier and nastier by the minute. If, and I emphasize if, people had realised early on that it was a trap, why did they not think of something that would not put anybody’s safety in danger? It reminded me of the time when the ‘Turks only’ beach opened in Dheryneia. Many were those who were spurred on to go and enter the beach one way or another. In fact it was being organised by some of the groups. Thankfully it did not go ahead and logic reigned. The Turkish army would have seen it as a totally different scenario to yesterday. Why did they not do something different that would have got the message across but in a different way? Just as a few examples, think of somewhere other to demonstate than the usual checkpoint or Presidential Palace? Why not have people at the checkpoint offering to cross people over at the checkpoints with their cars that WERE still open? Nobody’s safety would have been at risk. Instead the Peace movement activists who were there were made to look like idiots and thugs. Not even the vile attack on the lecturer by the policeman could overshadow the ‘malicious attack on the young soldier’. Yes, the organisers F**KED up. Well and truly.

In conclusion, has the Peace Movement ended up as a photo opportunity for the few that like to be in front of the cameras with their sheep following their every move? Was this a wise move by Anastasiades to temporarily close 4 of the checkpoints, or was it specifically planned? Apart from ELAM, the political parties were too lazy to issue warnings or come up with an alternative plan. Will the policeman be punished? Will the demonstrator who attacked the soldier go to prison to placate those going for his blood? In my mind, all I can see are those who planned this trap sitting back today with their smiles and laughter on their faces saying ‘Yes, we won’……

Disclaimer: the views, thoughts, and opinions expressed in this article may not necessarily be those of the author, Cyprium News, or any other organisation, committee, group or individual. 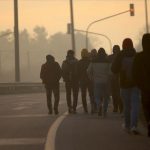 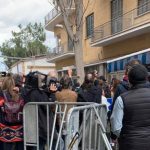 Here’s what I think: Closing the crossing points

Smoke scare on BA flight out of Cyprus