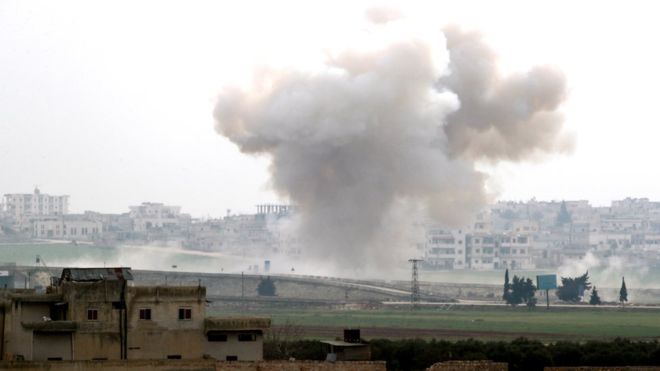 At least 33 Turkish soldiers have died in a Syrian government attack in opposition-held north-western Syria, in a major escalation of the conflict.

The EU has warned the crisis could escalate further.

“There is a risk of sliding into a major open international military confrontation,” EU foreign policy chief Josep Borrell tweeted. “It is also causing unbearable humanitarian suffering and putting civilians in danger.”

How is Turkey reacting?

The Turkish and Russian presidents spoke by phone on Friday. Recep Tayyip Erdogan and Vladimir Putin both expressed concern and agreed on the need for “additional measures” to normalise the situation, with the possibility of a summit in the near future, the Kremlin says.

Russian and Turkish officials are due to meet at the Turkish foreign ministry. Russia also says top Russian and US military officials have discussed the situation in Idlib.

Russia denies its own forces were involved in the fighting in the Balyun area.

Government forces, supported by Russia, have been trying to retake Idlib from jihadist groups and Turkish-backed rebel factions based there. The attack came after Turkish-backed rebels retook the key town of Saraqeb, north-east of Balyun. Idlib is the last Syrian province where Syrian rebel groups still control significant territory.

Meanwhile, Turkey says it is opening its western land and sea borders so some of the millions of refugees and migrants it hosts can travel onwards towards Europe.

Turkey’s communications director Fahrettin Altun said the migrants were now also Europe and the world’s problem. He said Turkey had “no choice” but to relax border controls because it had not received enough support in hosting about 3.7 million Syrian refugees, Reuters reported.

Mr Altun had earlier said Turkey did not have the capacity to allow entry to the nearly 1 million Syrians fleeing the fighting in Idlib. He called for the international community to protect civilians in Idlib from “genocide” by imposing a no-fly zone.

What do we know about the attack?

“Thirty-three of our soldiers were martyred as a result of the air strike… by the forces of the [Bashar al-] Assad regime,” said Rahmi Dogan, the governor of Turkey’s neighbouring Hatay province.

According to the Russian defence ministry, the Turkish soldiers had been killed in a “bombardment” while operating alongside “terrorists” in the Balyun area where, it said, fighters from the Hayat Tahrir al-Sham alliance (formerly the Nusra Front) were attacking Syrian government forces.

Russia said it was in constant contact with Turkey to ensure Turkish troops were not targeted in Idlib and had not been informed that Turkish forces were active at Balyun.

But Mr Akar insisted the Russians had been informed about the locations of Turkish troops and said no armed groups had been present near the soldiers who were attacked. He also said ambulances had been hit in the attack.

Two Russian warships equipped with cruise missiles have passed through Istanbul’s Bosphorus Strait on their way to the Syrian coast.

President Erdogan wants Syrian government forces to pull back from positions where Turkey has set up military observation posts and earlier threatened to attack them if they did not halt their advance.

But Syria’s government and Russia have rejected his demand to pull back to ceasefire lines agreed in 2018. Russia has also accused Turkey of violating the 2018 ceasefire by backing rebels with artillery fire.

Will Ankara or Damascus back down?

The scene is set for a full-scale confrontation between Turkey and Syria.

This leaves all sorts of questions.

Will Ankara or Damascus back down? Can Moscow – hardly a neutral party – in some way encourage de-escalation?

And is there any way to persuade the Syrian regime to halt its wider offensive in Idlib?

This appears doubtful since President Assad seems intent on taking back control of the area, and the Russians have already been backing him to this end.

Is the EU facing a new migrant crisis?

News that Turkey would let migrants cross into Europe prompted several hundred people to gather at the border with Greece. But Greece has sent extra police to the crossing to prevent them entering.

Other migrants have been boarding boats to make the crossing to the Greek island of Lesbos.

The European Commission said it expected Turkey to uphold its commitments to control the flow of migrants to the EU.

Under a 2016 agreement with the EU, which followed a wave of Syrian refugees and refugees and migrants from other countries to Europe, Turkey imposed stronger controls to curb the flow.

What about Syrian civilians in Idlib?

At least 948,000 people have been displaced in north-west Syria since a government offensive began on 1 December, the UN says.

At least 465 civilians, including 145 children, have been killed during that period, the vast majority of them victims of attacks by the Syrian government and its allies, according to the UN. Children are also dying from the cold.

Russia has rejected calls in the UN Security Council for a humanitarian ceasefire in northern Syria, saying the only solution is to chase what it calls terrorists from the country.

The Syrian government, which has regularly been accused of committing atrocities against civilians during the country’s civil war, says it is liberating Idlib from “terrorism”.

Why is Turkey so deeply involved in Syria?

Its long border with Syria has brought it into close contact with the civil war and its strong opposition to the Assad government has made it a natural destination for refugees.

But Turkey is also actively trying to prevent Syria’s Kurdish community establishing control over the border region, fearing that this would encourage Kurdish separatism within Turkey itself.

It has been accused of seeking to drive Kurds away from the border in order to establish a safe area within Syria to rehouse two million of the refugees it is hosting. 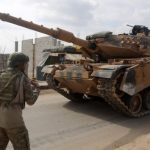 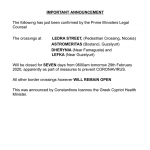