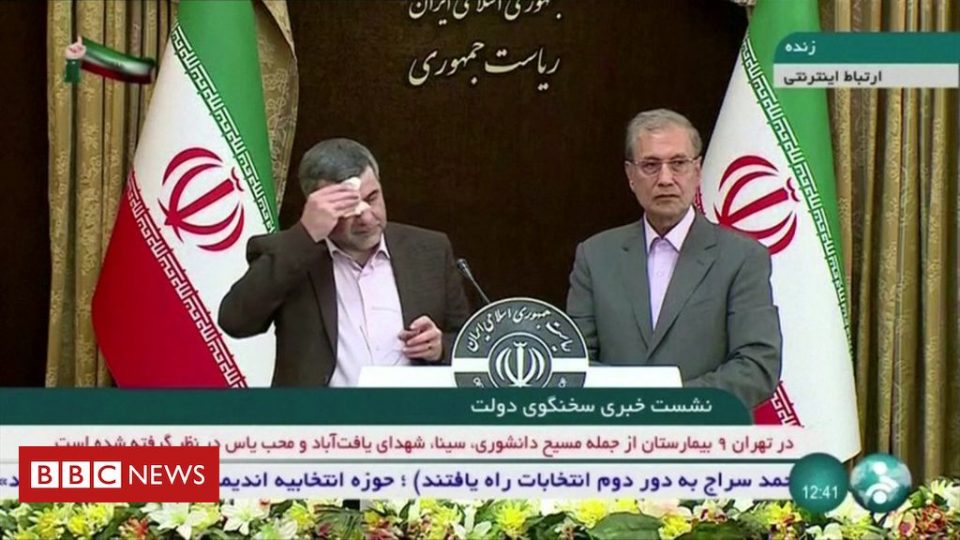 Iran’s deputy health minister has tested positive for the new coronavirus disease, as it struggles to contain an outbreak that has killed 15 people.

In a video, Iraj Harirchi said he was self-isolating and starting medication following his diagnosis.

He was seen mopping his brow repeatedly at a news conference on Monday, when he denied the authorities were lying about the scale of the Covid-19 outbreak.

They have reported 95 cases, but the actual number is thought to be higher.

The director general of the World Health Organization (WHO) has said the sudden increase in cases in the country is “deeply concerning”.

The regional director of the UN agency was due to fly to Iran on Tuesday, but his departure was delayed.

A WHO spokeswoman said it was finalising the dates of a separate visit to Iran by a technical mission and was also sending medical supplies and additional testing kits that should arrive in the next day or two.

More than 80,000 cases of the Covid-19 respiratory disease have been reported worldwide since it emerged last year. About 2,700 patients have died – the vast majority in China.

Conflict between religion and science

The reports that we are receiving from cities around Iran suggest that the number of cases is actually much higher than the Iranian authorities are giving.

Unlike in Italy, Iranian officials are refusing to impose quarantines in areas affected by the outbreak. They say quarantines are old-fashioned and that they do not believe in them.

The Shia shrines in the cities of Qom and Mashhad are still open, despite Qom being a hotbed of the virus.

There are grand ayatollahs in Qom who believe that its shrine, which attracts millions of pilgrims from around the world, and its important seminary, which hosts many foreign religious students, are the pride of the Shia world.

Shutting them down would be a huge step for the clerics and not one that they would be likely take unless they come under international pressure.

We can see the clear conflict between religious fundamentalism and science.

Iran also lacks the medical equipment it needs to help contain the outbreak. It has run out of masks and does not have enough testing kits.

A number of medical workers have also been infected, so there is a worry that they will soon run out of doctors and nurses to attend to those with the disease.

The majority of Iranians are extremely worried.

In a video released on Tuesday, Mr Harirchi admitted that he too had Covid-19.

“I had a fever as of last night and my preliminary test was positive around midnight,” he said.

“I’ve isolated myself in a place since… and now I am starting medication.

“We will definitely be victorious against this virus in the next few weeks,” the minister added.

Mr Harirchi’s positive test for Covid-19 was announced a day after he took part in a news conference with government spokesman Ali Rabiei. He coughed occasionally and appeared to be sweat heavily.

During the briefing, the minister denied a claim by a member of parliament for the city at the centre of Iran’s outbreak that the authorities were engaged in a cover-up.

Ahmad Amirabadi-Farahani alleged that Covid-19 had arrived in Qom three weeks ago and that 50 people had died in the city alone.

The death toll was rejected by Mr Harirchi, who vowed to resign if it could be proven that even half that number had died.

Mr Amirabadi-Farahani subsequently refused to retract his claim, saying he had sent a list of 40 people who had died to the minister and awaited his resignation.

The secretary of the Supreme National Security Council of Iran Ali Shamkhani, said on Tuesday that he had asked the prosecutor-general to “check the validity” of the MP’s allegation.

The authorities have so far refused to quarantine Qom, which is a major destination for Shia Muslim pilgrims and a centre of Shia learning.

Iran is also believed to have been the source of the first cases reported by neighbouring Afghanistan, Bahrain, Iraq, Kuwait and Oman, which have now imposed restrictions on travel to and from the Islamic Republic.

The United Arab Emirates – a major international transit hub, and home to the airlines Emirates and Etihad – suspended all passenger and cargo flights to Iran for a week “as a precautionary measure” on Tuesday. It has reported 13 cases, including an Iranian couple.

Bahrain’s health ministry meanwhile raised its number of confirmed cases to 17. It said all of those infected had travelled from Iran via the UAE. 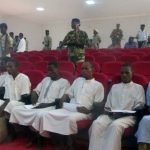 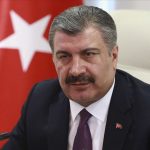