A roadmap for the fenced-off city of Maraş will be determined at a roundtable meeting taking place today.

The meeting titled “The Legal, Political and Economic Aspects of the Maraş Initiative” is being organized by the Union of Turkish Bar Associations at the fenced-off city.

It will be the first such meeting in Maraş since 1974.

Law professors, former ambassadors and representatives of tourism organisations will also be participating at the roundtable meeting. 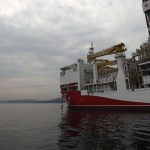 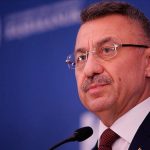