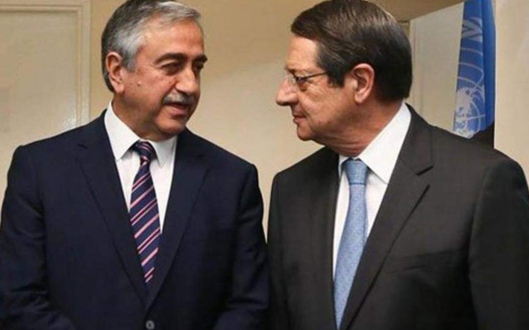 Cyprus reunification would bring about enormous economic advantages for both sides of the island’s divide generating a peace windfall of more than €17 bln while creating 100,000 new jobs in a post-settlement landscape.

A study published by the Peace Research Institute Oslo (PRIO), suggests that benefits from a solution, what the authors call a “peace dividend”, could amount to €17.4 bln for Cypriots.

“Delivering the Peace Dividend” study argues that unifying the island and the economies of the Greek Cypriot and Turkish Cypriot communities would see the overall GDP increase by at least €11 bln in the worst scenario forecast, and by €17.4 bln in the best-case scenario after 20 years.

Under their baseline scenario, real GDP growth would be, on average, 3.8% with a solution and only 2.3% under the status quo.

They also conducted Monte Carlo simulations on the GDP forecasts, and these confirmed that their forecasts lie within the realms of possibility.

The net present value of the peace dividend (i.e., what a cumulative peace dividend of €14 bln over 20 years is worth today) is €78 bln in 2020 under the baseline forecast.

Overall, according to the report, a solution would be financially beneficial as average incomes – gross domestic product (GDP) per capita – will be boosted by between €6,800 and €11,000 compared to a scenario with no solution.

The report also highlights that stronger economic growth would also be accompanied by faster job-creation.

While employment growth is subject to many variables, the authors tentatively expect a solution to the Cyprus problem to create around 100,000 more jobs in the first 10 years than under the status quo.

Also, the analysis finds that around 30,000 of these new jobs would be created in the tourism sector, 18,000 in wholesale and retail trade, 10,000 in construction and around 6,000 in the airline and shipping sectors.

Presenting the report on Wednesday at the Home of Cooperation, the authors argued that the economic potential of Cyprus is currently held back by a range of factors that the division of the island accentuates.

They argued that the economies of both the Greek Cypriot and the Turkish Cypriot communities are currently suffering from a lack of competitiveness caused by high and volatile energy costs, poor public transport and weak governance amplified by the absence of checks and balances as a result of the Cyprus problem.

“It is no surprise, according to the report, that Cyprus is behind its regional peers in productivity, as the division of the island is preventing the country from being able to grow,” said Mullen.

Authors of the report argued that a potential solution could attract EU funds for the upgrading of ports, airports and other infrastructure in the country and would entail faster and more lucrative exploitation of natural gas.

They said that a solution would be the only way to put the island’s energy reserves in to use, as “the opportunity for exploiting natural gas is closing because of the rapidly increasing global competition from renewable energy sources”.

A solution of the Cyprus problem would also open up Turkey’s €650 bln market to the whole of the island, especially for sectors such as tourism, professional services, shipping and, over the longer term, to higher education.

Universities on both sides of the island would necessarily be antagonistic to one another, as the universities in the north attract students mainly from Turkey and Africa, while the ones in the south mostly students from European countries.

The “Delivering the Peace Dividend” report is an update on previous reports prepared by PRIO on the benefits of a solution.

Previously, the “Cyprus Peace Dividend Revisited” of May 2014 which was the first attempt to quantify the peace dividend using a sector-by-sector forecast and a forecast for total factor productivity.

This followed the three-part The Day After series published also by the PRIO Cyprus Centre, which pioneered the concept of a Cyprus peace dividend using different forecasting methodologies.

Researchers at PRIO seek to understand the processes that bring societies together or split them apart. 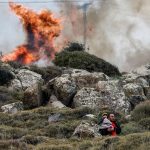 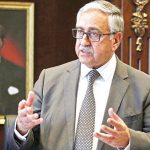