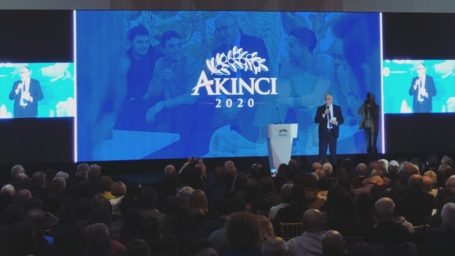 Last night in Göçmenköy, Turkish Cypriot President Mustafa Akıncı kicked off his reelection campaign with an hour-long speech. However, far from being a rousing moment, summoning the spirit of revolution and optimism that got him elected half a decade ago, it felt like the beginning of the end of a dream. You see, Akıncı was elected with one sole goal: to reach a solution to the Cyprus Problem. After five years of President Akıncı, the Cyprus Problem remains unsolved, and that fact sat like an elephant in the room in Göçmenköy last night.

I watched the speech. I watched it on Kanal Sim because I couldn’t make it across town in time to be there in person, and therefore may have missed the sentiment you get from being there, but on Kanal Sim it was not fun to watch. In all probability, Akıncı genuinely didn’t believe he’d have to fight this election when he swept to power in 2015. By now, he thought, a Cyprus of “north” and “south” would be a museum piece once he and his “friend from Limasol” had seen to it.

Anyone with an ounce of sense can tell you that it clearly isn’t Akıncı’s fault that a solution hasn’t been reached; the idea of a Greek Cypriot leader who supported the Annan Plan rejecting a solution on more favourable terms thirteen years later would be illogical in any other timeline. Saving a miracle, Nicos Anastasiades will retire in three years time as the second Greek Cypriot leader this century to have been handed on a plate the opportunity to write his name into history, and to have thrown it away.

However, it’s not Anastasiades’ name that’s on the ballot this April. While you can’t fault Akıncı’s sentiment, for reasons beyond his control his presidency has not yielded the result for which people voted five years ago. Further, as I’ve already alluded to, the speech was not one of great oratory prowess.

Aged fifteen I was encapsulated by the optimism surrounding his candidacy

Reading off note cards that he was clutching in his left hand and meandering from subject to subject, Akıncı at least on the night had seemed to have lost what attracted the Turkish Cypriot people to elect him in the first place. A man who had once seemed a catalyst for great change in this country, a source of optimism and excitement, now resembled a man in the last throes of his career with a plan potentially heading in the same direction, both he and his supporters holding out the last remnants of hope that Akıncı’s vision of a reunited Cyprus is still possible.

Don’t get me wrong, I like Akıncı. A fifteen year old me was encapsulated by the optimism surrounding his candidacy. Growing up in the post Annan Plan era, the idea of a bizonal bicommunal federation was neither here nor there in my mind, but Akıncı’s election made me believe that a better future for this island was possible.

I don’t want to keep going over old ground, but the fact is that Akıncı has been faced for five years with a Greek Cypriot administration that doesn’t really want reunification, a Greek Cypriot population that’s by and large uninterested in the idea, opposition politicians using every trick in the book to go over his head and thwart his efforts, and politicians both on the other side of Cyprus and in Turkey willing to help them in that.

Simply put, I want to be optimistic and to keep on believing. There’s a good chance I’ll publicly endorse Akıncı, though I haven’t made my mind up yet. However, my remit at Cyprium News is to report what I see, rather than what I wish I saw. Akıncı’s dream of being the man to unite Cyprus may still have legs yet, but for now at least the sentiment of optimism of five years ago is yet to be found. 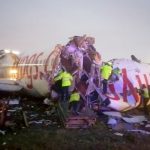