UNFICYP to formulate proposal for military contact between two sides The UN intend to ask both sides in Cyprus about their ideas concerning the establishment of an effective mechanism for direct military contacts, after a relevant reference in the UNFICYP resolution the Security Council passed on Thursday. After receiving their ideas, UNFICYP will formulate a proposal that might be acceptable to both sides, a UN source told CNA, adding at the same time that “these contacts should not be mistaken for recognition.”

The resolution extending the mandate of the UN peacekeeping force until July 31, 2020, notes in paragraph 6 that the Security Council “calls for the establishment of an effective mechanism for direct military contacts between the sides and the relevant involved parties, and urges UNFICYP, as facilitator through its liaison role, to submit proposals in this regard.”

The same source told CNA that it is up to the two sides to decide at which level they want to engage on this dialogue, with the UN preferring to involve them at every level, both military and political.

So far, there are no direct military contacts between the opposing forces in Cyprus and, as the UN source says “there will be no direct contact while these proposals are being discussed.”

The intention of the UN is to talk to the two sides separately, listen to their ideas about these military mechanisms, the source said, noting that the UN would then add in its own experiences and ideas of how this might work.

In a statement issued Thursday, following the adoption of the Security Council resolution, the Foreign Ministry of South Cyprus noted that in the light of the consultations that took place before the adoption of the resolution, tactics aimed at giving the impression that the Cyprus issue is a matter of stabilizing relations between the two communities do not contribute to a solution as foreseen by the relevant UN resolutions.

The Foreign Ministry points out that these approaches send the message that what is required is the normalization of the status quo. Moreover, they could be seen as a disincentive to efforts to resume the dialogue picking up from where it left off, at Crans Montana, the Ministry added. 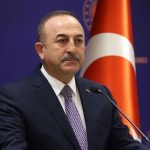 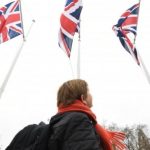 The UK has officially left the EU

revised 3 day rule from the TRNC Ministry of Health

Another scorcher today, possible showers in the afternoon