TRNC Deputy Prime Minister and Minister of Foreign Affairs Kudret Özersay spoke at the House of Lords, in London, which was hosted by the UK Parliament All-Party Parliamentary Group for the TRNC.

Lord Maginnis, Lord Kilclooney, Lord Sharkey, Lady Butterworth, Baroness Hooper and Parliamentarian Andrew Rosindell attended the session under the presidency of Lord Northbrook. Many diplomats were also in attendance at the meeting.

In his speech, Özersay stated that following the UK leaving the EU, the Turkish Cypriots may have the opportunity to trade with the UK again and they will use the opportunities of working together.

Adding that the Turkish Cypriots are the joint owners of the natural resources around the island and are protecting their own rights, Özersay pointed out that cooperation should be developed in that respect. Expressing that the current conditions are not suitable for a federal partnership in Cyprus, Özersay said that federal partnership is based on sharing but the Greek Cypriot side is not ready to share governance and wealth with the Turkish Cypriots. Therefore, the negotiations should focus on partnership models based on cooperation, not sharing.

“There are de facto two states on the Island. It is necessary to start cooperation on various issues by taking into consideration this reality. In brief, a settlement is possible with cooperation before a solution. Cooperation is the most important instrument with regard to a solution” Özersay stressed. 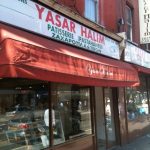 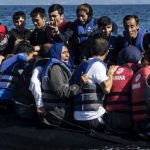