Here’s what I think: Trump got this one right

First of all, Happy New Year. We are but a couple of weeks into 2020 and we have a piece of news that in a less interesting era may have been the story of the year: powerful Iranian General Qassem Soleimani assassinated by America in Iraq. The world woke up to bed-wetters prophesising World War Three on Twitter, and morning television shows discussing geopolitics rather than celebrity gossip, which is always slightly disconcerting.

Donald Trump throughout his life has been a maker of rash decisions that often have bad consequences and leave onlookers with heads in hands. It is therefore valid to assume at first glance that an assassination of an important Iranian military figure by him in Iraq would be a disaster. However, in this case that is not true.

You see, despite what the Stop the War Coalition may tell you, Iran is not a peaceful nation. Its domestic human rights record is little short of atrocious, and on the international stage it is volatile, and hostile towards the west. Relations between Iran and the United States have seldom been more than frosty, although with Obama’s nuclear deal they had thawed to an extent. The deal, for various reasons, was unpopular in Republican America and Trump pledged to tear it up upon getting into office. As you would expect, that did nothing good for relations between the two nations. They deteriorated over time up to the beginning of this year when Iran-backed protesters stormed the American Embassy in Baghdad.

America needed to regain the upper hand and assert itself in the region, and Donald Trump recognised that

In supporting and conducting acts like this, Iran and other hostile states had often banked on the more “caring” west not wanting to be seen as the aggressor in any given situation. After failed wars in Vietnam and Iraq within living memory, the west has become reluctant to take up arms, and its adversaries have counted on that when making geopolitical moves. Storming an embassy, for example, is virtually a no-risk game when all you’ll get back from the Americans is a strongly-worded letter.

However, if there’s one thing nobody can accuse this American administration of being, it is “caring”. I don’t need to go into detail as to why, as you already know. In general that’s not a good thing, but sometimes tough and unpleasant decisions to be made, and sometimes less than nice things need to be done for the greater good.

Now, don’t allow yourself even for a minute to think that I’m praising Donald Trump as a great leader or decision maker. His decision-making process is scatter gun at best and often he is awfully uniformed, but after having had his embassy in Baghdad stormed and finding himself on the back foot, America needed to regain the upper hand and assert itself in the region and Donald Trump recognised that.

Iran didn’t know how to react

Killing Qassem Soleimani left Iran rocking on its heels. They didn’t see it coming, and didn’t know how to react. It left a gaping hole in their leadership structure, and made them look weak. They messed with America and got burnt. Their attempt to strike back was futile and did nothing, and since then the world has continued turning, a little bit more secure than it was before with Iran slightly cowed.

I know which questions always get asked when anything like this happens. “What is America doing in Iraq?”, to which I ask what Iran is doing in Iraq. The simple truth is that in a world of powers and superpowers, America is the superpower that we do not want to see diminished. The USA being the kingpin of NATO, the organisation which a large part of the democratic world chips into and relies on for defence, its strength is important to the rest of us. The alternatives, Russia and China, are not our friends, no matter how much some try to believe that Russia somehow is.

Simply put, the assassination of Qassem Soleimani was a good decision from an unlikely source. It strengthened the west’s standing on the international stage, which will be useful going forward as we try to fix the geopolitical mess that currently is the Middle East. I have no love for Donald Trump, but if he is doing the right thing, I am not going to tell you he’s doing the wrong thing because I dislike his other policies. I’m going to be honest with you, and this time he got it right. 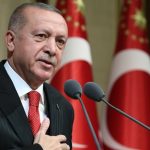 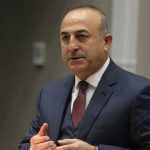 UK military to step in to intercept migrant boats in Dover