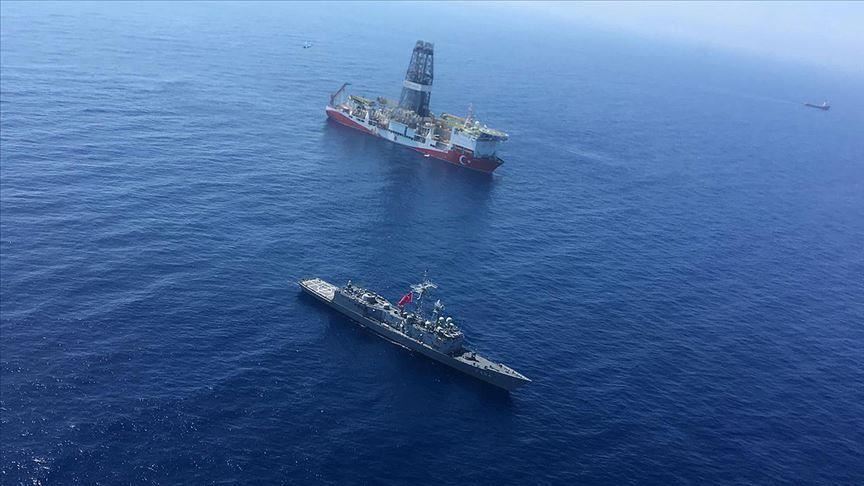 The Eastern Mediterranean has been a critical and strategically important region throughout the history of Mediterranean trade control.

Due to this feature, Cyprus especially has been under the dominance of different actors in history but has never lost its strategic importance.

Cyprus in particular and the Eastern Mediterranean, in general, have gained more importance and become more complex since the 2000s with the involvement of energy resources.

[1] This potential presence of energy led to a significant increase in the geopolitics of the region and increased the interest of not only the region’s countries but also international companies and global actors.

In this framework, the geopolitical evaluation of the region can be done through the Cyprus problem, international law and energy security. Evaluating the Cyprus dimension, in short, finding energy resources should have been a facilitating motivation for the solution on the island as a factor increasing the overall prosperity of the island, but it has become a new link attached to the problem.

At this point, despite efforts and calls by Turkey and the Turkish Republic of Northern Cyprus (TRNC) to collaborate on various platforms, the Greek Cypriot administration insists on deadlock under the influence of especially the European Union (EU) and Greece, ignoring the TRNC and the rights of Turkish Cypriots and continuing to make moves on behalf of the island.

In terms of international law, the Greek Cypriot administration continues to act unilaterally, no different than as it does in the Cyprus issue.

Furthermore, Greece and the Greek Cypriot administration seek to operate in the Eastern Mediterranean in disregard of Turkey and TRNC by gaining the support of the EU and other international powers.

In doing so, Greece and the Greek Cypriot administration are essentially ignoring the principles of the joint determination of sovereign areas accounting for the common interests of littoral countries as well as fairness as included in the 1982 Convention on the Law of the Sea, on which they base their policies.

Apart from this, they are trying to bring Turkey face to face with EU member states and international energy companies, especially in overlapping areas, by inviting them and issuing so-called search licenses.

In doing so, the Greek Cypriot administration made an exclusive economic zone (EEZ) agreements with Israel and Egypt in order to legitimate its claims or put Turkey in a difficult situation with a fait accompli.

Turkey, of course, is pursuing a foreign policy aiming to protect its own rights as well as those of the TRNC through international law, diplomacy and militarily.

One of the recent foreign policy moves in this direction was related to energy security, which constitutes the third dimension of the issue.

In this symposium, TRNC Economy and Energy Minister Hasan Tacoy, introducing a project to build a natural gas pipeline between Turkey and the TRNC, which he said could transport gas from Turkey to the TRNC in 2025.

The most important feature of the pipeline, which could begin transporting gas in 2025 having been built in parallel to the existing water pipeline between the TRNC and Turkey and be 80 kilometers (50 miles) long, would be that it be two-way. Besides being able to transfer gas from Turkey to the TRNC, the fact that the pipeline could carry potential natural gas in the Eastern Mediterranean to Turkey and Western markets would change the geopolitics of the region.

In addition to the issues of gas transportation from Turkey to TRNC, finding any possible natural gas in the eastern Mediterranean and the issue of transferring this gas to Turkey and Western market is a key element that will change the geopolitical region.

How does this project effect the geopolitics in Eastern Mediterranean?

EastMed is a 1,900 km natural gas pipeline project that extends from Israel to Greece and then to Italy. The main objective of the project is to contribute to Europe’s energy security by adding another route over which it can import energy by carrying Israeli and predicted Eastern Mediterranean natural gas via this line.

The project can also allow the EU to diversify, and to reduce its dependence on Russia in particular, to some extent. It is predicted that the capacity of this line will be 16 billion cubic meters per year and the cost is estimated to be around $25 billion before reaching the Italian market.

The project has been criticized for being very long and costly, as one of the important components of energy security, today is the security of energy routes.

Further, it does not seem to be cost-effective, even if Egyptian gas is added to it. In addition, It can also be interpreted as a bluff by Greece to have itself included in the TurkStream project by excluding Bulgaria and convincing Russia and Turkey.

However, the main problem with the project is foremost that it is costly and that the gas that would cover these costs have not yet actually been found. In this sense, the 80-km gas pipeline project currently under consideration between Turkey and the TRNC would be a much safer and cheaper route choice.

This is not the only case in which Turkey provides a more secure and much cheaper alternative. The South Stream Project of 2012 also presents itself as a similar example.

The South Stream project was canceled as a result of EU sanctions imposed in response to Russia’s invasion of Crimea in 2014 and because the project was costly.

With the third Energy Package (TEP) published in 2009, the EU hoped to reduce energy dependence in general, and be rid of the risks of energy dependence on Russia in particular by preventing an energy supplier from engaging with more than one market.

Thus, the EU opposed both Russia’s South Stream Project and its bilateral agreements with EU member states. This approach by the EU restricted Russia, which subsequently came up with a new alternative.

On May 25, 2014, Putin announced that the South Stream would pass from a non-EU country, referring to the TurkStream project that would go to the EU via Turkey.

In addition, such a route that would pass through Turkey was shorter than the South Stream and thus further reduced costs, making the project feasible.

In this sense, Russia will save up to $10 billion on the sea route alone. Such a situation will provide significant advantage for a producer country.

A similar argument can also be made about the transfer of energy resources from the Eastern Mediterranean to Western markets.

Above all, in order for the EastMed project to be a preferable alternative for producers, it must be a better choice interns of its regional sales option, LNG management and bringing the pipeline to Turkey.

This does not currently seem to be the case, especially given that the expected natural gas has yet to be found. Through the Turkey-TRNC two-way natural gas pipeline project, Turkey has shown with its geopolitical location that it is one of the most ideal, secure and appropriate paths for EU energy security.

Another effect of this project, which was proposed by TRNC Minister of Economy and Energy Hasan Tacoy, on the region’s geopolitics is that it can be brought to the negotiation table of Eastern Mediterranean littoral countries, and thus can facilitate cooperation.

Both the ease in providing security for the 80-km line and its low costs are of critical importance for producer countries in the region.

Such alternatives will be able to contribute towards solving the mistake of excluding Turkey and the TRNC from meetings like the Eastern Mediterranean Energy Forum that concern the entire basin and should be decided on together, as well as once again reiterate Turkey’s position and function in the region.

The greatest obstacle to cooperation in the region is that Greece and the Greek Cypriot administration follow the same approach to limiting sovereign areas in the region. What is even more tragic is that they have received support from the EU — which has built its foreign policy on cooperation and soft power and purports to be a leader in various liberal values — thus isolating Turkey.

This attitude by Greece and the Greek Cypriot Administration that breaks with international law can change in the wake of alternatives like the Turkey-TRNC pipeline project, or at least can be neutralized with the opening a path for cooperation with producers in the region.

The final dimension of the issue that needs to be discussed is Turkey-TRNC relations.

This natural gas pipeline project is important in showing the scale of relations between Turkey and the TRNC and highlights Turkey’s support for the TRNC.

First the construction of the waterline, then remarks by TRNC Prime Minister Ersin Tatar that purchase of electricity from Turkey via cable was on the agenda and finally the two-way natural gas project should be seen as a message that Turkey will continue support for the TRNC in line with its rights as guarantor.

On this issue, Turkey is primarily pursuing a foreign policy aimed at protecting its energy security and its rights arising from international law.

It also seeks to protect the rights of Cypriot Turks, within its rights as guarantor, against unilateral agreements by the Greek Cypriot administration in disregard of the TRNC.

The pipeline project is one of the most important indicators of this support.

Within days of the announcement of the planned two-way natural gas pipeline project between the TRNC and Turkey, clinching the effects of this development was Ankara’s signing of an agreement with Libya’s UN-recognized Government of National Accord (GNA) on the delimitation of maritime jurisdiction areas, a move that can radically change the geopolitics of the Eastern Mediterranean geopolitics.

In addition, it will completely affect the regional position of Greece, which had declared an EEZ in total disregard of Turkey’s sovereign rights, and will at the same time bring countries like Israel and Egypt that had left Turkey and the TRNC out of initiatives like the Eastern Mediterranean Energy Forum to revise their approach.

In this sense, the issues of Eastern Mediterranean energy security, Cyprus and delimitation of sovereign areas of littoral countries should be dealt with on the basis of fairness and within a framework of extensive cooperation including Turkey and the TRNC, and seeing the region as a single basin.

Here, the main benchmark will be the political will.

The solution lies in the display of political will from the macro-level to the micro, with the EU first accomplishing this, then Greece, and then the Greek Cypriot Administration.

These should join cooperation efforts on various platforms where Turkey and the TRNC have been collaborating since the beginning.

The idea of a natural gas pipeline project between Turkey and the TRNC is also a move that can elicit cooperation in the Eastern Mediterranean basin.

* Opinions expressed in this article are the author’s own and do not necessarily reflect the editorial policy of CypriumNews. 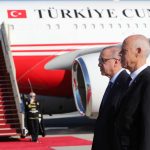 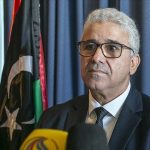