A group of Turkish military experts has been surveying an area in Cyprus to determine a suitable location to establish a naval base in the Turkish Republic of Northern Cyprus, Milliyet newspaper reported on Wednesday.

The move will be another step for Turkey to protect its interests in the eastern Mediterranean after the Turkish Cypriot government this month allowed Turkish drones to be deployed in Geçitkale airport, Milliyet said.

The Turkish military is examining a location 35 to 40 kilometers away from Iskele Strait in Famagusta, according to Milliyet.

The plans include the construction of new military quarters and naval facilities, but not an ammunition store, the Turkish-Cypriot prime minister said in response to a parliamentary inquiry submitted by a lawmaker.

Establishing a naval base in northern Cyprus will give Turkey a psychological advantage in the east Mediterranean and will allow the Turkish navy’s vessels rapidly react to any threat against Turkish drilling ships near Cyprus, Milliyet said. The existence of a naval base will also speed up the maintenance and repair works for naval vessels while allowing long-term deployment of naval and air elements, it said.

Turkey stepped up its efforts for exploring hydrocarbon reserves in the eastern Mediterranean this year, with two Turkish drilling ships accompanied by the Turkish navy operating near Cyprus.

Turkey has territorial claims that overlap with the exclusive economic zone (EEZ) declared by South Cyprus’ international recognized government and Ankara maintains that attempts by South Cyprus to conduct gas exploration are a violation of the rights of the Turkish part of the divided island. 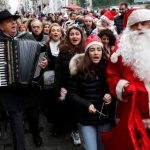 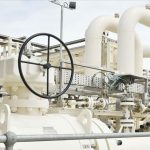