Turkish Foreign Minister Mevlüt Çavuşoğlu evaluated the agenda in an interview with ‘To Vima’, a weekly newspaper published in Athens.

Emphasizing that Turkey adopted a dialogue policy for the solution of the problems in the region from the beginning, however, most littoral countries of the Eastern Mediterranean ignored the calls of Turkey and chose to proceed unilaterally, Çavuşoğlu said ‘We believe that the memorandum signed with Libya is in accordance with the international law and shows respect to the fundamental principles concerning the delimitation of maritime areas’.

Replying a question related to the search for a solution to the Cyprus problem, Çavuşoğlu stated that Ankara always works for a just and lasting solution but the Greek Cypriot side insists on not accepting political equality of the Turkish Cypriots.

Çavuşoğlu added ‘Whatever the Greek Cypriots claim, they do not want to share the power and prosperity with the Turkish Cypriots. On the contrary, they prefer to regard them as a minority. Unfortunately, there is not a common ground and vision between the sides in the Island.

For that reason, I offered an unofficial five-party conference within the framework of the United Nations for voicing the real intentions of the Greek Cypriots.’ 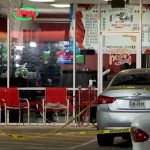