Covering not even 100 square miles the two bases on Cyprus are vital to the British military capabilities in the Mediterranean, Middle East and beyond East of Suez.

The British presence in the island of Cyprus goes back to the late nineteenth-century when the small island was leased to the UK by the former Ottoman Empire in the year of 1878. After the outbreak of the First World War and the Ottoman decision to join the war on the side of the Central Powers, in November of 1914, Britain moved to annex the Island.

It was not until 16 August 1960 that Cyprus obtained its independence and became a member of the Commonwealth of Nations. In that year, within the treaty known as the London and Zurich Agreements that allowed its independence as a Republic, two Sovereign Base Areas at Akrotiri and Dhekelia were to remain as British sovereign territory and thereby still under British jurisdiction.

Following independence, the Republic of Cyprus suffered political upheavals in 1974, Decades after that the island remains divided despite efforts to reach a settlement that could make Cyprus once again a united republic.

Within the context of the withdrawal from East of Suez, Britain desired to retain control over those areas, as this was an assurance for the use of British military bases on Cyprus. The relevance of the bases of Akrotiri and Dhekelia to the UK is focused on the geographically strategic location of the island, at the eastern edge of the Mediterranean Sea, near the Suez Canal and the Middle East.

Alongside Gibraltar, the Sovereign Bases Areas (SBAs) are the pillars of the British military power in the Mediterranean and more recently alongside HMS Juffair and the RAF Al Udeid the center of Britain’s military capabilities in the Middle East as well and as a staging point for forces planned to be sent to locations ‘East of Suez’.

The British Forces Cyprus (BFC) is the name coined to the British Armed Forces stationed in the UK Sovereign Bases on the island. According to the Ministry of Defence, ‘the British Army in Cyprus works to a tri-service headquarters and is tasked with protecting the SBAs and associated retained sites’.

The Army presence in the areas is based on two resident Infantry Battalions. These include the 2nd Battalion the Princess of Wales’s Royal Regiment and 1st Battalion the Duke of Lancaster’s Regiment. Furthermore, there are the Joint Service Signals Unit and the 62 Cyprus Support Squadron Royal Engineers.

They are supported by the 16 Flight Army Air Corps, equipped with Gazelle helicopters and by the 84 Squadron at RAF Akrotiri. There are as well a great variety of other arms supports such as the Royal Army Medical Corps, Royal Electrical and Mechanical Engineers, Royal Logistics Corps and Platoons of the Royal Military Police in both Sovereign Bases.

The Royal Air Force has an important Permanent Joint Operating Base in Akrotiri and plays a role of staging post for military aircraft and communication-related facilities. The RAF Akrotiri also provides support to British Force Cyprus and deploys forces in the region to protect Britain’s strategic interests.

Ongoing British airstrikes against ISIL in Iraq and Syria have aircraft based on the RAF facilities in Akrotiri. Known as Operation Shader, British aircraft like Typhoons and Tornados have been engaged in strikes against ISIL’s positions since September 2014 alongside others nations in the coalition led by the United States. The Operation Shader is one example that displays the relevance of the British Sovereign Bases of Akrotiri and Dhekelia in protecting the UK against foreign threats be them conventional or not. The facilities are also used as a Fast Jet Training location by the Royal Air Force to train new pilots.

Many other operations were previously launched from RAF Akrotiri, some of them are Operation Granby in 1990 (Iraq), Telic in 2003 (Iraq), Ellamy in 2011 (Libya) and Luminous in 2013 (Cyprus). The first one was the codename of the British military involvement during the 1991 Gulf War. The second, Operation Telic, was under which Britain’s operations in Iraq were conducted from March 2003 to May 2011. Ellamy was the British participation in the 2011 military intervention in Libya and part of an international coalition. Finally, Operation Luminous was mainly executed by the RAF to protect Cyprus and the SBAs during the Syrian Chemical Weapons Crisis.

Another important point played by the territory is its role as a station for intelligence-gathering and monitoring network in the Middle East and the Mediterranean. That is crucial for monitoring and tracking possible threats to the security of Britain and of her allies.

Therefore, the Sovereign Bases accumulate strategic relevance and are of constant use by the Armed Forces which has more than 3,500 personnel serving in Akrotiri and Dhekelia, branches of the Army and Royal Air Force are permanently located there, and the Royal Navy’s vessels pay regular visits to the enclaves.

Despite the fact that Akrotiri and Dhekelia cover an land area of just 98 square miles, their importance if far greater than their size. As previously said, strategically located at the end of the eastern edge of the Mediterranean, near of the Suez Canal and the Middle East, they are alongside Gibraltar, Diego Garcia and the South Atlantic Islands essential to carry out British ‘expeditionary capabilities’ when the necessity arises. Two excellent examples are the fight against Daesh through the Operation Shader and back in 2003 when the bases were used for the fulfilment of Operation Telic.

Thereby, these military operations show the broad relevance that the Sovereign Bases have and why the British Government has reason to keep on its commitments with retaining the Bases and with the British Forces Cyprus. Their role is vital to the military capabilities of the UK and for the security of its subjects across the world. 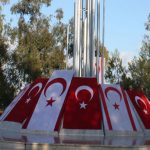 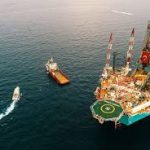