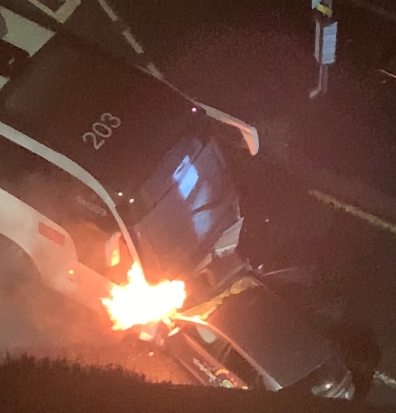 A 26-year-old woman has died and another is critical after a head-on collision between a car and a National Express coach in southwest London.

Moments after the crash on Sunday morning the vehicles were engulfed by a fireball.

The car’s rear seat passenger was pronounced dead at the scene and the driver is in a critical condition in hospital.

One coach passenger was also taken to hospital.

Pictures show the grey Volkswagen Polo was a Zipcar, a rental vehicle that can be hired by the hour.

Police are appealing for witnesses.

National Express said all others onboard the vehicle, an A3 service from Gatwick to London Victoria, were “safely transferred to a replacement service for onward travel”.

The firm said it was assisting police with its investigation into the crash, adding: “Our thoughts are with the family and friends of the occupant of the car, who sadly passed away.”

Emergency services including police and ambulance crews rushed to the scene in Queenstown Road, Battersea, at around 4.30am.

Road closures remain in place and inquiries into the crash are ongoing, police said. 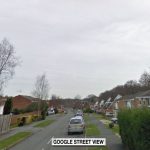 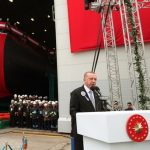