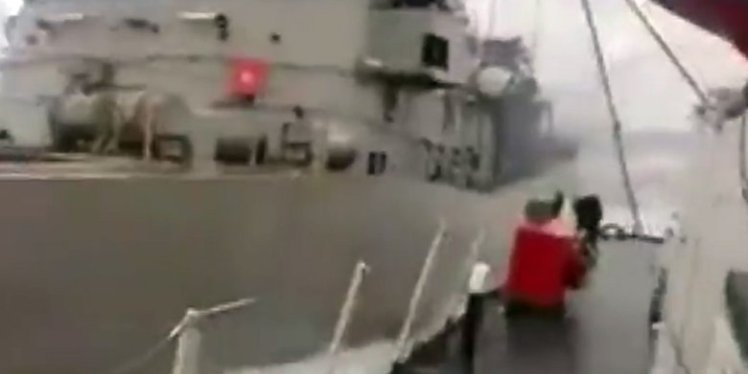 The harassment of Turkish sea captains at the hands of the judicial authorities and police of the Greek Cypriot Administration of Southern Cyprus (GCASC) has been documented by a recent U.N. observation report.

The U.N. reported that the GCASC has threatened all captains aiming to enter into the harbors of Southern Cyprus, as seen in evidence provided by the Turkish Cyprus Ship Owners’ Union and Cyprus Turkish Union of Ship Agencies.

The report noted that Turkish sea captains were being arrested and denied basic human rights, such as the provision of translators and lawyers, and being subjected to foul treatment by Greek Cypriot police. It noted that most of the captains are released after a number of days, without explanations provided.

Recently, the Greek Cypriot administration has come under fire for claiming rights over a maritime zone outside the bounds of international law and acting on this by arresting personnel of Turkey’s Fatih drilling ship. The move was subsequently slammed as an attempt to extort of the rights of the Turkish Republic of Northern Cyprus (TRNC).

In bold disregard for the rights of the Turkish Cypriot community, Greek Cypriots unilaterally declared 13 so-called blocks in the Eastern Mediterranean as its Exclusive Economic Zone (EEZ), thereby allowing international oil and drilling companies to operate in these areas on its behalf. However, the majority of these blocks clash with the EEZ declared by the TRNC. The unilateral declaration of an EEZ by the Greek Cypriot administration also violates an area within Turkey’s own coastal shelf, particularly in Blocks 1, 4, 5, 6 and 7.

Turkey, as a guarantor nation for the TRNC, is currently carrying out hydrocarbon exploration activities in the Eastern Mediterranean with two drilling vessels, the Fatih and Yavuz, along with the Oruç Reis and Barbaros Hayrettin Paşa seismic vessels.

Bilun Elmacıoğlu, an expert on international maritime law who applied to the U.N. with the aforementioned evidence in order to attract attention to the issue, stated that Turkish Cypriots are being denied basic human rights, thereby putting them under social, economic and psychological duress. He said that the actions on the Greek side ought to be considered within the scope of human rights.

The Greek government has falsely claimed that the country’s legal decision to define the Northern Cypriot harbors of Famagusta, Kyrenia and Gemikonağı as “shut down and forbidden” was actually an international decision, presenting the move as though it were accepted by the U.N. and EU. However, much lobbying on behalf of the TRNC has led the U.N. and EU to accept that there are no such sanctions.

Cyprus has been divided since 1974 when Turkey used its guarantor rights to intervene on the island after a far-right Greek Cypriot military coup sponsored by the military junta then in power in Athens sought to unite the island with Greece. The coup followed a decade of interethnic violence and terrorism targeting Turkish Cypriots, who were forced to live in enclaves when Greek Cypriots unilaterally changed the constitution in 1963 and stripped the island’s Turks of their political rights. 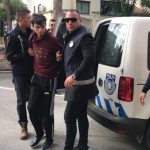