A resident of North Cyprus was horrified when she was asked to leave a bus carrying expats on a shopping trip to South Cyprus last week.

The trip had been organized by the British Residents Society (BRS).

According to Linda Reddy (69) who lives in Yesiltepe, she was told by police at the Metehan border crossing that she had overstayed on a tourist visa only valid for 30 days.

She told Cyprus Today “I was pulled off the coach and told I would receive a fine of 647TL.

“They said my 30-day tourist visa had expired following the introduction of new residency rules. I said that I had lived in the TRNC for 13 years and that I owned property here”.

Mrs. Reddy said that on returning to North Cyprus from a visit to the UK, her British passport had not been stamped with any visa at Ercan, nor had she been warned of a 30-day limit to her stay in the country.

BRS Chairman Peter Wilkins, who has since met with Interior Minister officials, said the organization was disappointed with the ongoing poor communication between the ministry and immigration officers. He added that the BRS liaison team and he had spent a long time been seeking clarity on the new residency rules that came into force in July.

Although Mrs. Reddy and a disabled companion were left on the Turkish Cypriot side of the border as the bus drove across, they were permitted to walk across and join the bus after calls had been made to an official with a higher rank, following angry protests from her fellow passengers.

The head of political and legal affairs at the Prime Ministry told Cyprus Today that it was a glitch in the computer system which had led to this incident. He added that following complaints from the BRS, an investigation was launched and he would be writing to the Ministry for the Interior for further clarification. 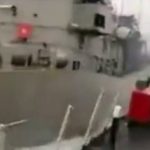 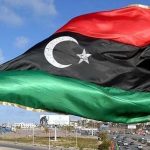