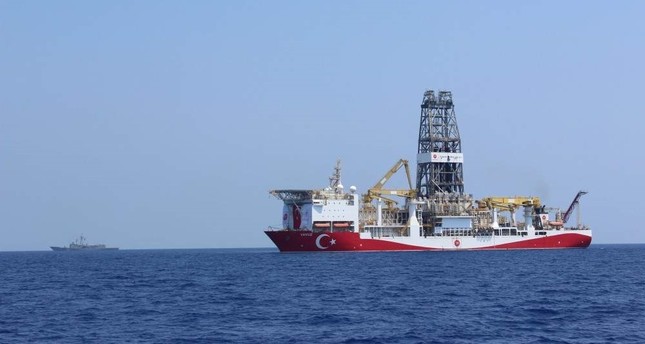 Turkey may send more drones to Northern Cyprus to further bolster the security of its drilling and seismic vessels operating in the Eastern Mediterranean.

Speaking to journalists in Geneva, where he attended UNHCR’s Global Refugee Forum before heading to Malaysia, President Recep Tayyip Erdoğan stressed that Turkey Turkey may increase the number of its unmanned aerial vehicles (UAVs), armed and unarmed, in Northern Cyprus if needed. “Turkey would continue its activities in Northern Cyprus and that the situation could change at any time. There is a high chance that Turkey may deploy more drones at Geçitkale airport,” he said.

On Monday, following the approval of the Turkish Cypriot cabinet, Turkey sent its first unarmed drone, the Bayraktar TB2, to Geçitkale Airport in the Turkish Republic of Northern Cyprus (TRNC) in a significant step toward instituting an air base in the region. The move is set to bolster the national security of both Turkey and the TRNC in the Eastern Mediterranean.

The deployment of drones in the Geçitkale Airport allows for further protection of Turkish drilling and seismic vessels operating in the Eastern Mediterranean – saving time, cost and fuel by allowing surveillance to be conducted by drones.

Turkey, as a guarantor nation for the TRNC, is currently carrying out hydrocarbon exploration activities in the Eastern Mediterranean with two drilling vessels, the Fatih and Yavuz, along with the Oruç Reis and Barbaros Hayrettin Paşa seismic vessels.

Although Turkey has taken the first military step in Geçitkale after a long time, its drones currently are not armed, since the Greek Cypriot administration’s drones are carrying out surveillance operations with no ammunition.

The decision to send drones to Geçitkale also sends a diplomatic message to all parties involved in the region. By not sending an armed aircraft at the initial phase, Ankara has shown goodwill by not escalating tensions, but Ankara’s move – supported by the TRNC government – also indicates a change in military requirements due to recent circumstances. It also signals that Turkey is moving ahead with its plan to militarily secure the rights of the Turkish people and Turkish Cypriots in the Eastern Mediterranean by boosting air and naval capacity. The country has been reportedly building a naval port.

The move comes at a time when Ankara is at odds with Greece, the Greek Cypriot administration, Israel and Egypt over the demarcation of Exclusive Economic Zones (EEZ) in the Eastern Mediterranean and hydrocarbon exploration.

However, Turkey has the longest shoreline in the Eastern Mediterranean, making it a natural candidate for seeking reserves in the region in accordance with international law. “It is impossible to question Turkey’s presence in the region,” Erdoğan remarked.

In a bold disregard of the rights of the Turkish Cypriot community, the Greek Cypriots unilaterally declared a total of 13 so-called blocks in the Eastern Mediterranean as its EEZ and allowed international oil and drilling companies to operate in these areas. Yet, the majority of these blocks clash with the EEZ declared by the TRNC. The unilaterally declared EEZ of the Greek Cypriot administration also violates part of Turkey’s shelf, particularly in Blocks 1, 4, 5, 6 and 7.

The maritime delimitation agreement Ankara inked with the U.N.-backed government in Tripoli complies with the international law, Erdoğan reiterated once again yesterday, censuring accusations claiming that the deal was unlawful.

In reference to previous attempts to sign a maritime agreement with Libya, Erdoğan said, “We have done all the calculations and work needed for this step. This process [of a deal with Libya] did not start recently. There is a history behind this incident,” Erdoğan expressed, referring to the Moammar Gadhafi era. The president said that at that time, some steps had been taken toward such a deal but they eventually faltered after Gadhafi’s death.

Turkey and Libya signed two separate deals last month following a meeting between Erdoğan and the head of the Presidential Council of Libya’s U.N.-backed Government of National Accord (GNA), Fayez al-Sarraj, in Istanbul. One of the deals was critically important as it enabled Turkey to secure its rights in the Mediterranean while preventing any fait accompli moves by other regional states.

“We have further efforts on the issue. We will share our efforts with the international community in time,” Erdoğan said, while adding that during his most recent meeting with al-Sarraj, they had discussed what further steps could be taken.

According to the U.N. Convention on the Law of the Sea, while a country is able to stretch its territorial waters only 12 nautical miles out to sea, when it comes to the EEZ, where it has the rights to fishing, mining and drilling, the area can extend for an additional 200 miles. However, if the maritime distance between the two countries is less than 424 miles, a bilateral deal is needed to determine a mutually agreed dividing line of their respective exclusive economic zones.

Greece, on the other hand, claims that the islands also have their Exclusive Economic Zones, and with this claim, it reduces Turkey’s zone remarkably.

The president reiterated Turkey’s determination to proceed with its plans in line with the Maritime Pact.

The deal has drawn criticism from a number of countries, particularly Greece, Egypt and the European Union. Greece indeed took the bold move of expelling Libya’s ambassador to Athens in protest of the deal and sent a letter of complaint about Turkey. Egypt joined Greece’s efforts yesterday by sending its own appeal to the U.N. By granting exploration licenses to the U.S. energy company ExxonMobil in June in the south and west of the island of Crete, Greece indeed violated the areas what had been traditionally known within Libya’s EEZ.

Turkey sent the memorandum of understanding (MoU) with Libya to the U.N. for registration on Dec. 12. According to Article 102 of the U.N. Charter: “Every treaty and every international agreement entered into by any Member of the United Nations … shall as soon as possible be registered with the Secretariat and published by it.”

Following its registration, Turkey will initiate the authorization process for new hydrocarbon exploration and drilling activities in the Eastern Mediterranean in the first months of 2020 Energy and Natural Resources Minister Fatih Dönmez also said yesterday.

Highlighting that the cooperation process between Turkey and Libya will be accelerated, Erdoğan said that Ankara is ready to assist the country whenever needed. “We are ready [to help] when it comes to the steps on military and security cooperation, or regarding maritime law,” he said.

The president also indicated that the recently signed military security deal will strengthen the already existing solidarity between the two countries.

“It is out of the question to slow this down,” Erdoğan said, noting that there is an ongoing war in Libya, where the United Arab Emirates and the Egyptian administrations openly support Khalifa Haftar, who is not internationally recognized as a legitimate political leader but a self-proclaimed general.

Erdoğan also noted that German Chancellor Angela Merkel requested that Turkey be included in the Berlin process, in a phone call they held on Monday. He also said Merkel told him about Russia’s positive contributions to the resolution of the conflict in Libya. Meanwhile, he told Merkel that the inclusion of Algeria, Tunisia and Qatar in the process would be beneficial, an idea previously mentioned by Putin.

“Therefore, if these countries are in the process then the Libyan people can say we believe and trust these actors,” the president said, adding that they will decide upon the participants of the later meetings after the meeting in January.

Although European leaders agreed to expedite the process to convene the Berlin Conference in June last week, no specific date has been announced given the brutal escalation of aggression toward Tripoli. The Berlin Conference on Libya was initially planned to take place in October, delayed for November and the date is still unknown. At a conference in Rome two weeks ago, Libya’s Foreign Minister Mohammed Siala expressed his concerns that Tripoli might fall to Haftar until the Berlin Conference takes place.

Libya has remained dogged by turmoil since 2011, when a NATO-backed uprising led to the ouster and death of former President Gadhafi, after more than four decades in power.

Since then, Libya’s stark political divisions have yielded two rival seats of power, one in Tobruk and another in Tripoli, and a host of heavily-armed militia groups. The military, pushed by Haftar’s army, allied with a parallel eastern administration based in Benghazi, marking a dangerous escalation of a power struggle that has dragged on since Gadhafi’s overthrow. Haftar is not recognized by the international community, as the elected parliament of the country is centered in Tripoli. 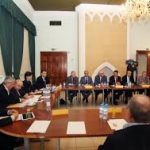 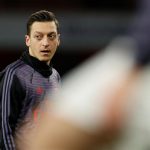