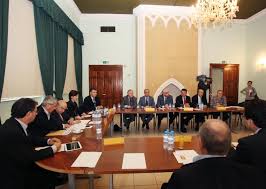 Political parties in Cyprus agree that they can take specific actions to enhance trust between two communities and for the solution! This is positive! However it would be more positive and important:

1. If they can work actively towards informing the public opinion about the benefits of the solution and the negative aspects and dangers from the continuation of the non-solution situation!

2. If they can agree to take concrete measures for a real educational reform in the two educational systems that will promote the understanding, trust and peaceful cooperation among the young people/students and eliminating all racists and chauvinistic elements in the school programmes, books and activities!

“Greek Cypriot and Turkish Cypriot political parties agreed that they can assist in the process for a Cyprus solution by taking specific actions to enhance trust between the two communities.

The leaders and the representatives of Greek Cypriot and Turkish Cypriot political parties met on Wednesday for their regular meeting at the Ledra Palace, hosted this time by the Democratic Rally and expressed opinions on the issue proposed by DISY which said “can political parties in Cyprus assist the process to reach a comprehensive solution of the Cyprus problem”.

A joint communique, said the “participants agreed that political parties can assist the process to reach a solution of the Cyprus Problem by taking specific actions that will enhance trust between Greek Cypriots and Turkish Cypriots and will create positive climate towards the peace process itself”.

Greek Cypriot and Turkish Cypriot Political Parties also agree that the implementation of new Confidence Building measures (CBMs) that will ease personal contact between ordinary people, political support to the important role and work of the bi-communal Technical Committees, the encouragement of meetings and cooperation between political parties of the two communities, and the encouragement of participation and interest of the youth, are important steps in our common effort to assist to the peace process.

“We commit ourselves to avoid actions or rhetoric that increases the distance and mistrust between Turkish Cypriots and Greek Cypriots and repeat our support for the resumption of meaningful negotiations through the understanding that was reached between the two leaders in Berlin, in the presence of the Secretary General of the United Nations”, the communique added.

The next regular meeting of the leaders and the representatives of the political parties will be held on 26 February 2020 at the Ledra Palace.” 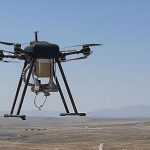 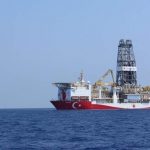