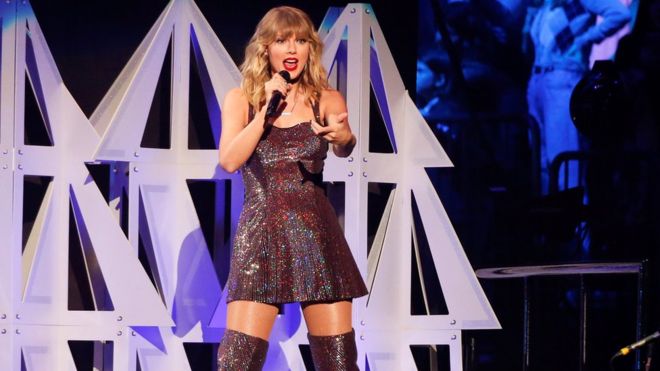 There was a Blank Space on this year’s Glastonbury’s line-up… and that’s where Taylor Swift has written her name.

She will make her Glastonbury debut in June – the festival’s 50th anniversary – headlining the Pyramid Stage.

“I’m so pleased to announce Taylor Swift will be headlining the Sunday at Glastonbury 2020,” said festival founder Michael Eavis.

“She’s one of the biggest stars in the world and her songs are absolutely amazing. We’re so delighted.”

Friday’s headliner is still to be revealed but festival organizer Emily Eavis recently said it would be a male artist, playing the festival “for their first time”.

Many Glastonbury-watchers expect the slot to be taken by US rapper Kendrick Lamar.

The festival sold out in just 34 minutes when tickets went on sale in October. A resale for unwanted and unpaid tickets will take place on April 16, 2020 for coach tickets and April 19 for general tickets.

Emily Eavis said: “Taylor is one of the biggest and best artists on the planet, and we’re just so pleased that she’s coming here to Worthy Farm to join us for our 50th birthday celebrations.”

Swift has taken a new approach to touring next year.

After 2018’s ambitious, 53-date Reputation stadium tour, which played to 2.8m fans and took $345.7m (£259.3m) at the box office, she’s taking her new album, Lover, to festivals around the world, meeting new and unfamiliar audiences.

“The Lover album is open fields, sunsets, and summer,” she wrote on social media. “I want to perform it in a way that feels authentic. I want to go to some places I haven’t been and play festivals.”

The star, who celebrated her 30th birthday this week with a Christmas-themed party, will play one further date in the UK next summer: At London’s BST festival in Hyde Park.

However, general admission tickets for the show sold out within hours of going on sale earlier this month. 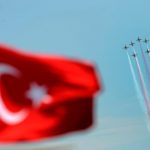 CTP will announces its candidate for President on the 17th