The French, Italian and South Cypriot navies will conduct naval drills south of Cyprus on Thursday, the Cypriot Ministry of Defence announced on Wednesday.

The joint military exercise will take place inside the island’s exclusive economic zone, and will include passing exercises to practice communications and foster a sense of cooperation between the navies.

Many observers view the exercise as a response to recent aggressive moves by Turkey, the news site said.

This month a deal signed by Ankara and the Libyan government in Tripoli elicited outrage from Greece and South Cyprus by marking Turkish maritime boundaries that covered the eastern Mediterranean area between Cyprus and Crete, ignoring waters off Greek islands and cutting through an area where South Cyprus, Greece and Israel planned to build a gas pipeline to Italy.

Turkey has also blocked companies from energy exploration in the waters around Cyprus, while sending its own research vessels with naval escorts to areas around the island. Ankara does not formally recognise South Cyprus, and says the Greek Cypriot government’s attempts to exploit the island’s resources infringe on the rights of the breakaway Turkish Republic of North Cyprus.

“It is important for the European Council to reaffirm its support for the EU member states in the eastern Mediterranean, as well as for full respect for international law,” he said. 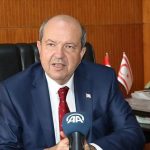 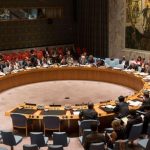