What Russia’s military intervention in Libya means for Turkey

Russia recently deployed additional military forces to Libya in support of General Khalifa Haftar’s forces based in the east of the country; a move that could prove problematic for Turkey, which supports the government based in the Libyan capital Tripoli.

“It has introduced advanced Sukhoi jets, coordinated missile strikes, and precision-guided artillery, as well as the snipers – the same playbook that made Moscow a kingmaker in the Syrian civil war,” the New York Times reported.

But in recent months, the conflict between the LNA and GNA has been locked in stalemate. Russia’s intervention, however, could bolster the LNA and enable it to pose a more significant threat to Turkey’s GNA ally.

The size and overall strength of Russia’s military presence in Libya is presently unclear.

“There are probably several hundred Russian mercenaries belonging to the Wagner group, but they number less than the thousand that some sources say,” said Arnaud Delalande, a freelance defence and security expert who has closely followed the Libyan conflict.

“The Russians allowed Haftar’s camp to progress slightly on the ground,” he said. “They are experienced, provide intelligence, support, technical skills.”

Yousuf Eltagouri, a Libya analyst and contributor to the Foreign Policy Research Institute, said the Russian deployment of mercenaries and regular troops was quite substantial.

“While the effect of Russian ground forces has not translated to swift land grabs by LNA forces, it has significantly bolstered the frontlines,” Eltagouri said.

“New Russian weapons accompanying ground forces will likely benefit frontline LNA troops and may let up the ongoing stalemate,” he said. “However, it should be noted that the addition of Russian ground troops has been ongoing for several weeks now, with little impact on the frontlines.”

Delalande said that, contrary to the report by the New York Times, no advanced Sukhoi jets had been deployed to Libya.

“The LNA Air Force only has old-as-hell Su-22s in its fleet, but they were grounded for months due to intense use on the Tripoli front,” he said. “It seems that one of them has been overhauled recently and is now flying regularly over Tripoli.”

Some Russian pilots and mechanics “may have helped the LNA in this task by providing spare parts and support.”

Delalande said that while the Russian intervention does constitute a serious threat to the GNA, “the progress Haftar’s troops have made on the ground remains slight and slow”.

Eltagouri said the deployment of Russian regulars on the ground might be an indication that Moscow is becoming more involved in fixing the outcome of the war in Haftar’s favour, especially if Russian air power were added.

Anton Mardasov, a non-resident military affairs expert at the Russian International Affairs Council, said that while Russia previously “allowed a public inclination toward Haftar, in 2017-2018 it corrected the situation and began to demonstrate a multidirectional position publicly.”

“During this period, Russia cautiously supported Haftar from Egypt and provided political strategists and military personnel who repaired the equipment,” Mardasov said.

“However, this year the situation has changed a bit,” he said. “According to my information, Moscow has increased its military contingent in Libya both in terms of the number of troops and Wagner mercenaries subordinate to them.”

“But they do not participate in active battles, and those few videos that allegedly prove their participation are of rather dubious quality and origin.”

While Russia’s intervention may be significant, Eltagouri pointed out that it “has not and will not go unnoticed.”

“Washington is playing close attention to the new role Russia has decided to play,” he said. “If international actors resist such a move, as already seen between high-level meetings with the LNA and U.S. officials, then the increased role of Russia in the war may be counterbalanced.”

“However, other than diplomatic negotiations, this is highly unlikely.”

Both Delalande and Eltagouri anticipate Turkey sending more military hardware to the GNA.

“The Turks will continue to provide the GNA with drones and vehicles,” Delalande said. But Turkey “will not deploy more technology, especially as drone jamming systems are already installed around Misrata Airport”, which is held by Haftar’s forces.

Eltagouri said in “the more likely situation where the increased role of Russian support on behalf of the LNA continues without any international intervention”, Turkey would step up its support of the GNA “in the absence of the role that Western powers would normally play”.

He said he did not expect international reaction if Turkey were to increase its support for the GNA.

Kerim Has, a Moscow-based Russian and Turkish affairs analyst, anticipates that Moscow’s support for Haftar “will likely continue and broaden.”

“The deepening struggle in possessing and sharing newly found energy reserves, security concerns in the region and the devastating Syrian experience all push Russia to play and strongly keep holding on in Libya,” Has said.

“That will definitely affect Turkish-Russian relations as the Erdoğan government is at odds with not only leading actors in the region including Syria, Egypt, Israel and Greece but also with Haftar, Russia’s most important partner in Libya,” he said.

“Turkey seems to highly risk its interests in Libya and the eastern Mediterranean region as it did in Syria before.”

A November deal between Turkey and the GNA that said the two countries were maritime neighbours has been disputed by Greece and Cyprus, which say it ignores their territorial waters.

Has said the agreement had also triggered tensions in Turkey-Russia relations.

“Even though Russia has huge security, energy and trade interests in cooperation with Turkey, the Libyan issue emerges as a new possible spoiler in Moscow-Ankara relations,” he said

“It is not just a possibility but turning into a reality that Turkey and Russia again appear on the opposite sides of a civil conflict in Libya unless they can manage the tensions.”

And, during an interview with state-run TRT on Monday, Erdoğan compared Russia’s support for Syria with its support for Libya. ”I hope Russians would not let Haftar become another Syria,” Erdoğan said.

That said, Has noted that “the Libyan case is primarily not a source of irritation in Turkish-Russian relations as there are many other actors included in the eastern Mediterranean equilibrium, namely NATO-members, NATO adversaries, non-NATO partners, non-NATO countries in the region.”

“Also, Libya has huge energy reserves, which can transform it into a brutal arena for a more devastating battle than Syria.” 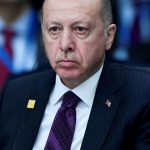 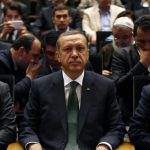