The match at the Parc des Princes in Paris will kick off at 8 p.m. in Turkey.

Galatasaray and Club Brugge are fighting for a ticket to Europe’s second-tier tournament, the Europa League. The Turkish club will finish fourth if they lose to PSG.

The Lions’ Sofiane Feghouli, Ryan Babel, Florin Andone and Christian Luyindama will be out of the squad due to injuries, as will PSG’s Idrissa Gueye, Presnel Kimpembe, Marco Verratti and Ander Herrera.

Meanwhile, Brugge will face Real Madrid in the last matchday in Belgium. Club Brugge was able to earn three points before the group’s last matches.

Galatasaray was disappointed by Club Brugge with a very late equalizer during the fifth Group A match, which ended in a 1-1 draw.

Following the draw, Galatasaray is at the bottom of its group with just two points. Club Brugge will finish third if it beat Real Madrids or if Galatasaray fails to beat PSG.

PSG and Real Madrid have already qualified for the Champions League Round of 16. 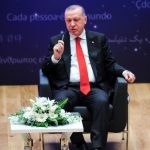 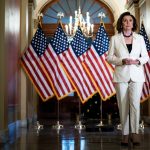