Hami Aksoy, the spokesman of the Turkish Foreign Ministry, on Saturday slammed Greek Prime Minister Kyriakos Mitsotakis’ remarks at the International Conference on the Crime of Genocide in Athens.

Mitsotakis said what he called the Pontic genocide was a tragic chapter in the history of modern Greeks, and the lessons it holds must prevent its repetition anywhere in the world.

He also promised to roll up his sleeves in order to bring international attention to the genocide through the European Parliament and in cooperation with Armenia and Israel, Kathimerini said on Saturday.

“Should the Greek leadership, which seems unable to overcome the then Greek occupying forces being driven into the Aegean during the Turkish War of Independence, wish to face its past, the starting point ought to be the report of the Inter-Allied Commission of Inquiry which recorded the war crimes of the Greek Army during its invasion of Anatolia, as well as the articles of the Lausanne Peace Treaty which sentenced Greece to pay compensation for massacres and atrocities committed against the Turks,” Aksoy said.

Descendants of Ottoman Greeks and Greece mark May 19, 1919, as the end of the centuries-long Pontic Greek presence on the shores of the Black Sea.

People that had lived for 600 years in the regions, also called Pontus, were either forced to convert to Islam or massacred between 1914 and 1923 or were banished in 1923 during the Turkish-Greek population exchange.

“We invite the Greek leadership to follow in the steps of the Greek Prime Minister Venizelos who nominated our great leader, the founder of the Republic of Turkey, Mustafa Kemal Atatürk who fought against the invading Greek army, for the Nobel Peace Prize, by setting aside fanciful ideologies and embrace the principles of friendship and good neighborliness,” Turkish foreign ministry spokesman said.

The U.S. House of Representatives on Oct. 29 vote on a resolution to recognise the events between 1915 to 1923 as genocide was a first in over 30 years.

The Ottoman Empire’s order for the exile of its Armenian population resulted in the death of 1.5 million Armenians during that period, when the Republic of Turkey was founded, and the events are acknowledged in general consensus as the first genocide of the 20th century by historians.

Turkey denies the classification and maintains that the deaths were both much lower in number, and occurred as a result of conditions of war and not deliberate actions. 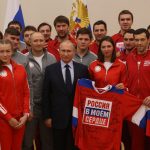 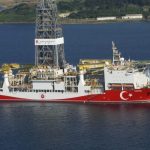