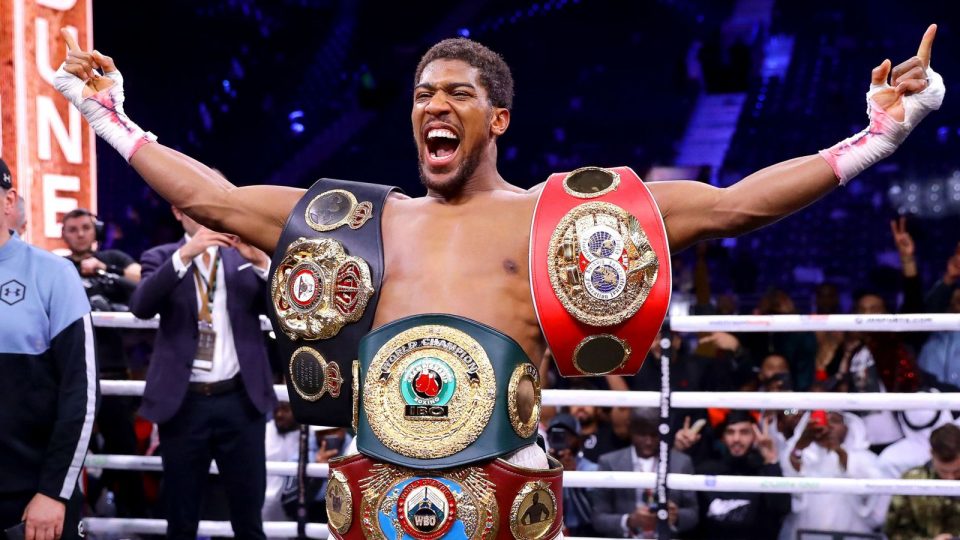 Victory saw the British fighter reclaim the IBF, WBA, WBO and IBO belts he lost to his Mexican-American opponent in New York in June.

The hotly-anticipated bout on the outskirts of the capital Riyadh was threatened by delay after a rare desert rainstorm rolled in just moments before the action got underway, but it went ahead as planned and Joshua took full advantage.

The 30-year-old boxer stuck to his back-foot game plan to win the ‘Clash on the Dunes’ in Diriyah, as he resisted the urge to charge into battle with Ruiz.

His triumph was greeted with roars of approval from the capacity 16,000 crowd inside the Diriyah Arena, which was constructed in just two months for the event.

Saudi Arabia, which has a poor record on human rights, had faced accusations of “sportswashing” during the build-up.

Before the fight, Sky News’ sports correspondent Martha Kelner explained how the kingdom was being accused of hosting big events to “burnish its reputation abroad”.

But an ecstatic Joshua was full of praise for the hosts afterwards and told Sky Sports he had learned a lot since his shock defeat to Ruiz during the summer.

He told Sky Sports: “This is about boxing, I am used to knocking people out, but last time I got hurt, so I gave the man his credit, said I would correct myself again, I respect Andy so much.”

Ruiz, also aged 30, was in a reflective mood post-match, admitting he had “gained too much weight” and that Joshua was a deserved winner on the night.

He earned his own cheers from the crowd when he talked up the prospect of a third fight, saying: “If we do a third fight you best believe I’m going to get in shape. I’ll be in the best shape of my life.”

Joshua said he would remain “hungry and humble” despite his comprehensive win and seemed similarly keen on another rematch with Ruiz.

When asked if he would consider taking on Ruiz for a third time, Joshua added: “Without a doubt.”

The two men shared a hug in the ring after the clash, having given each other a cut around their left eyes in the opening stages of the match.

It took until the fourth round for the action to burst into life with an exchange on the bell, which served as a timely reminder of the danger posed by the champion.

Joshua looked uncomfortable whenever he was drawn in close, but held his discipline well overall and had secured an emphatic victory by the time the final bell sounded.

He reportedly earned a £60m payday for Saturday night’s bout. 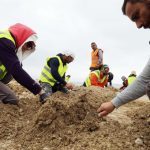 Searching for the Missing Persons in Cyprus