The teams met for the first leg match of the fifth round at Istanbul’s Turk Telekom Stadium.

The first half of the match ended with a goalless draw.

Sadik Bas and Umut Sonmez netted goals for Tuzlaspor in the second half to bring the heroic win to their team. Tuzlaspor gained a huge advantage for the second leg match.

Second Division club Tuzlaspor’s Muhammed Akarslan was sent off in the 88th minute.

Tuzlaspor will host Galatasaray for the second leg match of the fifth round at Esenyurt Necmi Kadıoglu Stadium in Istanbul on Dec. 17.

Tuzlaspor had previously defeated Galatasaray 3-2 in another Ziraat Turkish Cup match in Dec. 2016. 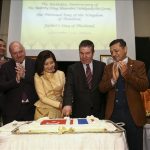