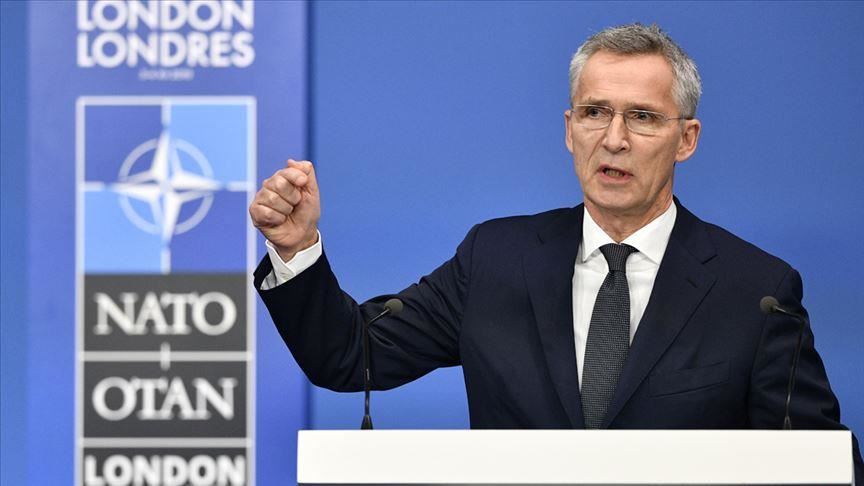 All NATO members are committed to fighting terrorism, NATO’s secretary-general said on Wednesday.

“We stand together, all for one, and one for all. Our commitment to Article 5, the collective defense clause of our alliance, is ironclad,” said Stoltenberg.

“We are committed to strong deterrence and defense while remaining open to meaningful dialogue with Russia,” he said.

“NATO is responding to Russia’s deployment of intermediate-range, nuclear-capable missiles in a defensive and coordinated way. And we remain committed to strengthening effective arms control, disarmament, and non-proliferation,” he added.

Stoltenberg said that the alliance also discussed the rise of China for the first time.

“Leaders agreed we need to address this together as an Alliance. And that we must find ways to encourage China to participate in arms control arrangements,” he said.

He also said that the Alliance closely follows and supports peace talks in Afghanistan.

“We believe that we need political negotiation, a solution in Afghanistan,” he added.

On Turkey’s purchase of Russian S-400 defense systems, the NATO chief said that the S-400 will not be integrated into NATO systems and will “stand alone.”

“That’s a natural Turkish decision. Many allies have expressed concerns, I also expressed my concerns about the consequences of that decision,” Stoltenberg said. “What I can say is that a Russian air defense system S-400 will never be integrated into NATO.”

In April 2017, when its protracted efforts to buy an air defense system from the U.S. proved fruitless, Turkey signed a contract with Russia to acquire the S-400 shield.

Opposing deployment of the Russian system, U.S. officials claimed that they would be incompatible with NATO systems and would expose its F-35 jets to possible Russian subterfuge.

Turkey, however, stressed that the S-400 would not be integrated into NATO systems, and poses no threat to the alliance or its armaments.

A defense plan for the Baltics have been adopted, but proposals to designate the YPG/PKK group as terrorist were not discussed extensively, said Stoltenberg.

“But we all agree on the importance of not jeopardizing the gains we made in the fight against terrorism,” he emphasized.

NATO leaders have decided to meet again in 2021,” said Stoltenberg.

In its more than 30-year terror campaign against Turkey, the PKK — listed as a terrorist organization by Turkey, the U.S. and the European Union — has been responsible for the deaths of 40,000 people, including women, children, and infants. The YPG/PYG is the PKK’s Syrian offshoot.

Reluctant to back NATO defense plans for Poland and the Baltics ahead of the summit, Turkey took issue with the alliance’s failure to recognize the threat it faces in northern Syria from the YPG/PKK terror group along its southern border.

“NATO must act in a way that will meet the concerns of all allies. What is wanted for the Baltics should be wanted for us too,” Turkish Foreign Minister Mevlut Cavusoglu said last week.

Under two separate deals with the U.S. and Russia, Turkey paused the operation to allow the withdrawal of YPG/PKK terrorists from a planned Syrian safe zone.

Ankara wants YPG/PKK terrorists to withdraw from the region so a safe zone can be created to pave the way for the safe return of some 2 million refugees. 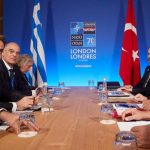 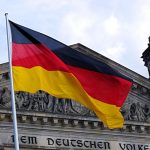