Rape accuser sticks to her story 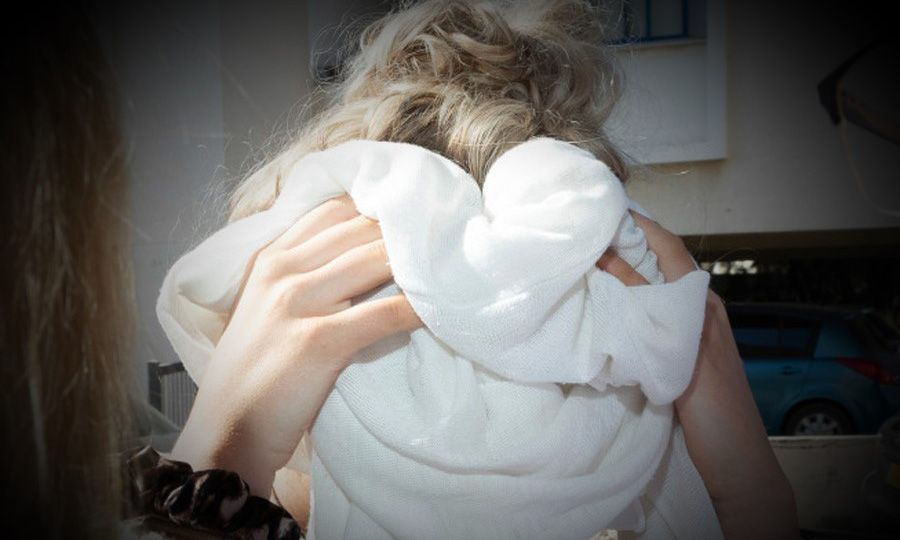 A British teenager accused of making up gang-rape allegations is sticking to her story, telling a judge during cross-examination that she was raped by Israeli teens despite prosecutors pointing to video footage showing consensual sex days prior to the alleged incident.

Viewer discretion is advised – descriptions of unwanted sexual activity below

The teenager is being accused of public mischief after twelve Israeli teens were arrested following a rape complaint she had filed with police in Ayia Napa on July 17. The Israelis, all in their upper teens on a short vacation to Cyprus prior to enlisting in the army, were subsequently released after some of them presented video clips to police that showed the young woman having what appeared to be consensual sex with one of the suspects.

Prosecutor Adamos Demosthenous, who cross-examined the defendant, told the young woman that police had discovered videos showing her having consensual sex with the main suspect. He also referred to footage that was recorded days prior to the alleged incident.

“One shows you participating in sexual activity, you seem to be enjoying it. They were slapping you on the backside,” he said.

According to foreign media, the prosecutor was referring to other suspects seen in one of the video clips during her sexual encounter with the main suspect.

The young woman said it was “not true,” adding that she had asked the main suspect’s friends to leave the hotel room.

‘They started recording me and slapping me but I asked them to stop. It doesn’t show me having consensual group sex’

“I didn’t have group sex with them,” she said referring to the video in question, adding that she had some drinks and had sex with the main suspect while his friends were hiding in the room.

“His friends had hidden in the room and jumped out. They started recording me and slapping me but I asked them to stop. It doesn’t show me having a consensual group sex,” she said according to The Sun.

The Sun also reported that the teen told the court some of the main suspect’s friends were attempting to enter the room and she refused them.

“His friends were trying to come in. I said no, no. I’m not doing that. I told them they had to go,” she said.

At that time, according to the young woman’s testimony in court, he told her to lie down. He then placed his penis in her mouth and put his knees on her shoulders, with other teens starting to shout and argue in Hebrew.

“I couldn’t breathe. I tried to throw my head about and his friends were coming in all shouting and jeering. I tried to cross my legs. I was trying to throw my arms about. I don’t know how many of them raped me. I couldn’t see,” she told the court.

The prosecutor further questioned the defendant on timing inconsistencies in her deposition, with the young woman replying that she had just been gang-raped and could not account for every detail.

“As soon as you found out you had been recorded on video, you told the police you were gang-raped,” Demosthenous said, suggesting that the defendant had prior intent to accuse the teens of rape.

“That was your motive from the beginning”

“That was your motive from the beginning,” the prosecutor said while reading from her retraction statement when she had told investigators that she made the accusation because she didn’t know at the time she was being filmed.

“I didn’t write that of my own free will,” she replied.

The defense has maintained that the young woman did not write the retraction statement but it was put together by a police investigator who later pressured their client to sign.

But the judge had ruled last week that the witness accounts presented by the defense were not reliable while saying the testimony of a police sergeant’s testimony for the prosecution was “solid” and “convincing.”

The defense team, which includes both British and Cypriot lawyers, failed to prove that the retraction statement was signed under duress. The judge was also not convinced by their argument that she was threatened and aggressively questioned for eight hours without a lawyer.

The trial continues on Friday as the young woman, who came to Cyprus on a summer working holiday, is facing up to a year in prison on public mischief charges. 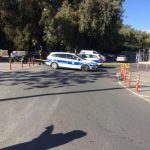 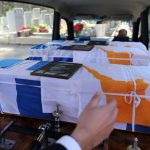