There has been much talk of Turkey turning from a mere consumer to a big-league player when it comes to natural gas. With the Trans-Anatolian Natural Gas Pipeline (TANAP) carrying gas from Azerbaijan’s Shah Deniz gas fields through Georgia and Turkey to Europe now fully operational, this ambition is inching closer to becoming a reality.

On Nov. 30, Turkish President Recep Tayyip Erdoğan and President Ilham Aliyev of Azerbaijan inaugurated TANAP’s link to the Greek national grid at the border town of Ipsala.  They did so in the presence of energy ministers from across the Balkans. Local countries are looking forward to the arrival of Caspian gas, which is expected to bring down prices on local markets and potentially facilitate the transition away from coal to cleaner energy.

Turkey plays a central part in these plans. That point was already brought home in June 2018 at the ceremony to mark TANAP, a joint venture by Azerbaijan’s state oil and gas company SOCAR and the Turkish national company BOTAŞ, coming onstream. At the ceremony, Erdoğan and Aliyev shared the stage with Serbian President Aleksandar Vučić and Petro Poroshenko, then President of Ukraine. Praising cooperation with the Azeris, Erdoğan said Turkey was moving a step closer to becoming an energy hub in its neighborhood.

A closer look at the numbers may cool enthusiasm. Yes, TANAP is a win for Ankara, as well as for SOCAR, which now has an opportunity to sell gas to customers in the EU and the Western Balkans, rather than to neighboring Georgia and Turkey alone.

Yet the volumes are limited. TANAP has a throughput capacity of 16 billion cubic metres (bcm) per year, of which 6 bcm will be taken by Turkey. For the EU as a whole, 10 bcm is hardly a gamechanger.  To put it in context, in 2018  Russia’s Gazprom delivered 176.81 bcm to European markets, including the Western Balkans.  In addition, TANAP has a lower yearly capacity compared to both of Russia’s current flagship pipeline projects – Nordstream 2 (55 bcm) and TurkStream (31.5 bcm).

At the ceremony in Ipsala, Erdoğan spoke of scaling up TANAP to 24 bcm or even 30 bcm in the future. That is contingent on many factors, however – for one, the capacity of the Shah Deniz offshore field and the demand downstream.

There is also an issue with regard to the delay of TANAP’s extension via Greece and Albania, the Transadriatic Pipeline (TAP).  TAP won’t be ready before late 2020, implying physical volumes of gas will travel west of Turkey’s border in 2021 at the earliest.  In short, the gas coming through Turkey will not make such a profound difference, at least in the short term.

This is not to dismiss TANAP: it does contribute to energy security. Azeri gas would improve the bargaining position of both Turkey and its neighbours vis-à-vis Russia. Bulgargaz and Greece’s DEPA, for instance, have each signed a contract for 1 bcm with the Shah Deniz consortium.  In Bulgaria’s case, that accounts for roughly one-third of its annual intake. For Turkey, 6 bcm, the volume it is to receive over TANAP, equals about a quarter of the imports it receives from Gazprom. The Russian state-owned company, whose market share is already shrinking as Turks switch to cheaper liquefied natural gas (LNG), will come under pressure to revise down its prices.  That matters at a time when the Turkish lira is losing value and, as a result, households and businesses are faced with soaring energy bills.

Still, Turkey is in a better position than its Balkan neighbors. Its LNG terminals and gas pipelines to Azerbaijan and Iran provide flexibility. Countries in Southeast Europe have yet to link up their national grids to profit fully from Azeri gas – e.g. the Greece-Bulgaria interconnector (IGB) or a future cross-border pipeline between Greece and North Macedonia.

All these issues will loom large when Vladimir Putin visits Turkey for the launch of TurkStream on Jan. 8. He will no doubt speak highly of the Russian-Turkish partnership in energy, which now spans more than three decades. Erdoğan will take credit for making Turkey a transit route for Russian gas exports to Europe. But in essence Ankara is hedging its options. TANAP, a product of cooperation with Georgia, Azerbaijan and Western companies such as BP and Statoil (part of the Shah Deniz consortium), proves the point.

While playing along with Russia, Turkey is ultimately working toward reducing its dependence on Gazprom. Moscow holds an upper hand on security issues such as the war in Syria. Ankara is doing its best to level the playing field when it comes to energy. 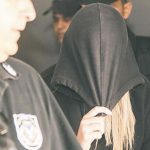 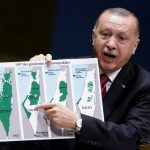 Erdoğan: “It is the Greek Cypriot-Greek mentality that increases the tension in the Mediterranean”