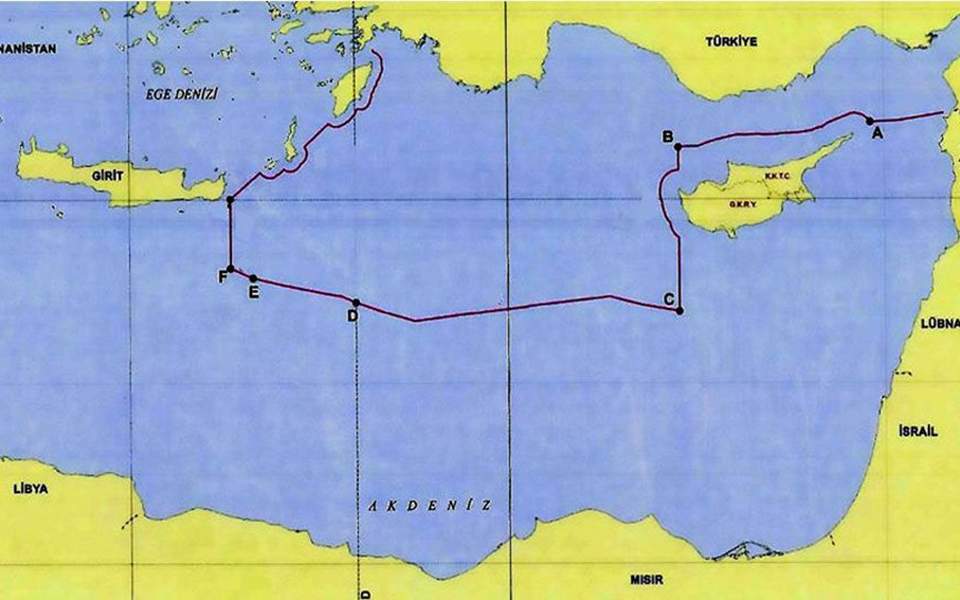 The Turkish diplomat Cagatay Erciyes on Monday posted a map showing what he claimed was the delineation of the continental shelf in the Eastern Mediterranean following an agreement with the TRNC in 2011 and Turkey’s recent deal with Libya that seeks to delineate marine zones between the two countries.

In a post on Twitter, Erciyes, who is the head of the Turkish Foreign Ministry’s department for air force and navy issues, claims that a line marked A to B on the map denotes the limits agreed with the TRNC in 2011 while the section C-D-E constitutes the median line between Turkish and Egyptian territory. The E-F line meanwhile is the demarcation that arises from Turkey’s deal with Libya.

Greek Foreign Minister Nikos Dendias said on Monday that Ankara, the deal signed between Turkey and Libya, ostensibly delineating maritime zones, likely violates an embargo that the United Nations Security Council has imposed on the supply of arms to Libya.

He added that Fayez al-Sarraj, as Chairman of Libya’s Presidential Council, does not have the authority to sign agreements, and deemed that Libya’s Parliament is unlikely to ratify the deal.

He added that, if the Libyan ambassador to Greece does not present authorities with the agreement by Friday, they will be declared persona non grata and expelled. 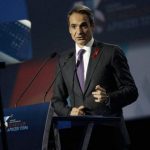 Greece to ask for NATO’s support in dispute with Turkey