Gary Rhodes: ‘He could be stubborn… the mark of a great craftsman’ 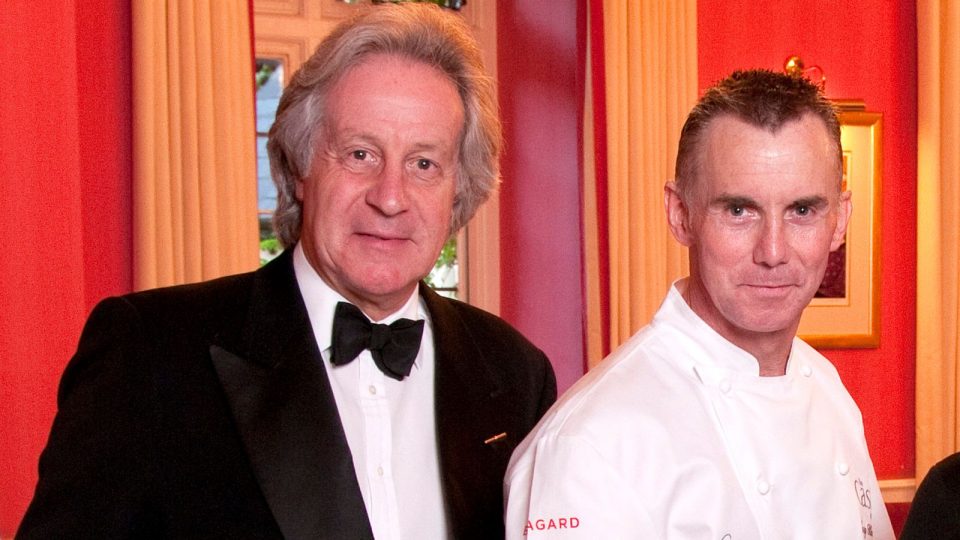 The sudden death of celebrity chef Gary Rhodes aged just 59 has shocked people around the world.

For those who knew him personally, his loss has come as even deeper a blow, leaving them thinking back to the chef they knew and worked with.

Kit Chapman MBE, the director of The Castle Hotel in Taunton, Somerset, who gave Rhodes his first head chef role aged just 26, tells Sky News about the man behind the talent.

I vividly remember first meeting Gary – it was extraordinary.

It was 1986 and we were in the lounge of the Four Seasons Hotel just off Park Lane. I needed a new head chef, so I was there with Gary, talking to him over a cup of tea.

He was a very engaging person. The interview, which should have lasted an hour, in fact, lasted for four… I couldn’t believe I could have sat with a complete stranger interviewing him for so long.

I remember it so well. I missed my train. Then I missed my second train and third train back home. I could see straight away that this young man, aged 26, had something special, and I wanted to harness that great talent within him.

However, there was a problem. Up until that time, Gary had been influenced by some of the great chefs of France, and his cooking was ultra nouvelle cuisine.

I had to explain to him that this was not what The Castle Hotel in Taunton was about at all. We’re an ancient Norman Castle with origins in back in the 11th century. And this was difficult.

I’d developed what I called my “English project”, to raise the levels of British food. At that time, English food was pretty disgusting, you couldn’t find a decent Lancashire hotpot anywhere.

When I raised the question of doing a Lancashire hotpot I think Gary was horrified. In fact, he later confessed to being horrified that he was expected to cook English dishes at all.

But I loved him so much I hired him, and we went on to form a very close partnership.

He just took to this whole idea of the English project, of creating a renaissance in the English repertoire, and he ran with it with enormous success. It was just thrilling to work with him.

I can’t say whether on his own he would have gone down this route of great British food, but let’s put it this way, I lit the touch paper.

I think it recalled something deep and psychological in him because as a young boy, he used to enjoy good family meals at home.

To this day, I can still taste his braised oxtails, which just fell off the bone, in a rich, sticky dark sauce. The only way really to enjoy them was to pick them up with your fingers, and actually suck the juices off the bone. It was an extraordinary dish.

His bread and butter pudding was possibly his great signature dish, but there were lots more. His venison faggots, which is quite a peasant dish, was raised to something extraordinary. Still to this day we make faggots. It was English cooking of the highest order.

When Gary arrived, of course, he didn’t have spiky hair.

One day I went down to the kitchen and there he was, with his spiky hair. He said, ‘Well, what do you think, Mr Chapman?’

But my wife Louise, who was with me at the time, immediately piped up and said, ‘No it’s not. I think it’s terrific.’

She was the first one to endorse the new spiky head, Gary Rhodes.

He worked with us until 1990, when he went to work in London, at The Greenhouse in Mayfair. When he left I wasn’t surprised, he was ready to fly.

He’d been discovered by people like Keith Floyd and Glynn Christian and started doing a bit of telly.

He was a great communicator. We see that with all his TV work. He could really light up your living room with his passion and skill and excitement for good cooking.

But it’s fair to say, it wasn’t always sweetness and roses, milk and honey.

Gary was a very determined guy. He could often be quite stubborn. If he had a point of view, he’d stick by it and invariably he’d be right. We did have a few good heated debates about things.

He was a very single-minded chef, inspiring great loyalty in his staff. So he was loved, but that didn’t mean to say he couldn’t sometimes be a little difficult.

But that’s the mark of a great craftsman who knows his own mind and knows what he wants to achieve and does it magnificently well.

We stayed in contact, and nine years ago he returned to help us celebrate our 60th anniversary at the castle. He cooked for us and inevitably made his signature bread and butter pudding. He made it spectacularly well, it was unbeatable.

Filming with Gary Rhodes: ‘We chatted about football, everything was happy and good’

Scott Price, who worked with Gary Rhodes in Dubai last week, says it was a privilege to work with the “legend of British cuisine”.

Even then, after all his success, he was the same Gary.

I’m looking now at an image of him, smiling out at me and saying, ‘Hi, Mr Chapman’. He always called me Mr Chapman, never Kit. He was a proper gentleman.

His death has been such a shock. It’s been around 50 hours now since my son rang me at eight o’clock in the morning with the news. We had to check and double-check. We simply couldn’t believe it. It’s only now, I’m starting to come to terms with it.

Gary Rhodes: Tributes to ‘the first rock star of cooking’

Jennie, Gary’s wife, was our restaurant manager at one stage. We just feel desperate for her and the boys [Gary’s two sons, George and Samuel]. Samuel, Gary’s eldest, was born in Taunton, so the connection is very strong. This must be such a hard time for the family.

He was one of the greatest British chefs, without doubt, and he will be remembered for the renaissance of English cooking which he led. 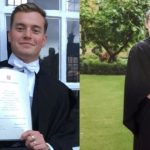 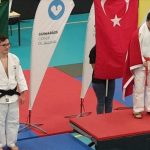