Speaking at the opening ceremony for the MS4 Trans-Anatolian Natural Gas Pipeline’s (TANAP) Europe link in İpsala Province, Turkey’s President Recep Tayyip Erdogan said the country’s policy regarding hydrocarbon reserves in the Eastern Mediterranean region was based on equal share among regional countries whereas some sought to raise tension.

President Erdoğan also stated ‘While there is an opportunity of a fair share of hydrocarbon reserves, threat and blackmailing policies are followed. But no country is above international laws.

Turkey would never allow anyone to violate the rights of Turkey and the interests of the Turkish Republic of Northern Cyprus’.

Underlining that it is not possible to carry out projects in the Eastern Mediterranean by excluding a country with the longest maritime boundaries in the region, Erdoğan added: ‘Our two high-tech drilling vessels Fatih and Yavuz, and two seismic research ships continue their works in the region.

We will not withdraw these ships, and they will continue to operate there. Turkey would never allow anyone to violate the rights of Turkey and the interests of the Turkish Republic of Northern Cyprus’.

Erdoğan also made a call to all parties in the Eastern Mediterranean and said: ‘Let us turn energy into a ground of cooperation instead of a conflict instrument and do not resort to destructive policies instead of using the opportunities of democracy.’ 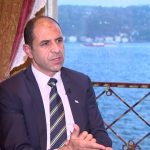 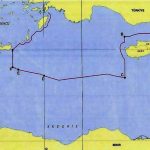