The Kurdish politician suffered chest tightness and difficulty in breathing, symptoms similar to a heart attack, and fainted in his cell on Nov. 26, Aygül Demirtaş said

Both Selahattin Demirtaş and the prison doctor demanded a more comprehensive examination in a hospital.

“However, Demirtaş was not referred to hospital. The failure to refer him to a hospital despite such a vital health problem clearly means his life is at risk,” Aygül Demirtaş said.

The HDP’s co-chairs Sezai Temelli and Pervin Buldan on Monday asked the government and the Ministry of Justice about Selahattin Demirtaş’s condition and his treatment.

They said a party delegation would go to prison to investigate.

Selahattin Demirtaş faces multiple terrorism charges and has been jailed since Nov. 2016. 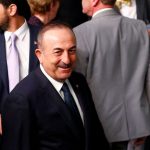 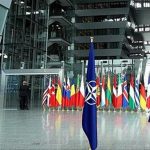 TRNC: Work should begin to reopen the Borders